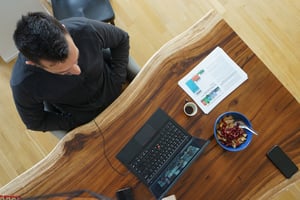 Last week, I was able to attend IBM’s virtual Think 2020 event. And though I still prefer the in-person versions of these events, I can say the announcements did not disappoint.

Whether it was by design or due to the pandemic, IBM focused its new technology introductions down to a few larger, broader-reaching technology solutions. A couple of which have the potential to be game-changing.

Often, announcements can be incremental improvements on what is already there, but both offerings provide the potential to deliver true digital transformation. With Think 2020, IBM is leveraging the full might of its portfolio to help transform IT and business for the better.

What can Watson do for IT?

We have seen Watson win in Jeopardy. IBM Watson has applied its (or his?) talents to help industries, such as healthcare and life sciences. But now with IBM’s new announcement, Watson is taking its talents to IT with Watson AIOps.

For businesses trying to transform digitally, Watson could be the missing piece they need. IT is facing a skill shortage crisis--there are not enough people to manage the increases in IT demands, while supporting new digital initiatives.

For example, nearly a third (32%) of organizations are dealing with staff shortages in IT architecture and planning. In response, IT has turned to automation, as a quarter (25%) of IT decision makers identify automation as a top area of data center modernization investment. Results so far, however, have been mixed. In fact, IT orchestration and automation expertise is the second most commonly identified problematic skill shortage (34%), behind only cybersecurity (44%).

If your automation causes another skill shortage, then it isn’t effective automation.

According to IBM, Watson AIOps is built on Red Hat OpenShift and uses Watson’s natural language understanding and its AI capabilities to help expedite issue resolution. The technology can plug directly into existing tools such as Slack, identify incidents, consolidate, and analyze relevant log data, and then identify similar past incidents, and provide recommended actions.

Now you might be saying, “Wait, that is my job.” To that I say, “Stop. Just stop.” IT is already distributed and disaggregated, and is about to become even more so. It is already too difficult to get a handle on everything, let alone keep track of all prior incidents and then effectively communicate that information across the team. Watson automates a lot of that work and has the potential to become IT’s life-saving sidekick helping to protect the business’s digital operations. Who doesn’t want R2-D2 by their side?

The Edge is the wild west of digital business, it is incredibly complex to manage, maintain, and secure. IBM is building a comprehensive set of tools to help tame these environments. There are multiple elements to IBM’s Edge portfolio, but I am especially interested in IBM’s Edge Application management platform.

IBM Edge Application Manager is what IBM considers to be autonomous management, helping consolidate control of application lifecycles on the edge, reducing costs while likely improving execution. The architecture is also built on RedHat OpenShift (assuming these offerings take off, they will also be a ringing endorsement for Red Hat OpenShift) for efficient, container-based operations.

But the interesting piece is how simply the software environment can be. According to IBM, admins communicate their criteria to the autonomous management engine and it executes that intent across all the connected edge nodes in an asynchronous fashion. In other words, the software connects to the agents located on the edge endpoints and automatically carries out actions, such as update and patches, based on rules set by the admin but without the admin’s direct intervention.

Also, the software will continuously ensure that edge endpoints are configured properly, and if not, it can be set to automatically shut down the edge app.

So while Watson AIOps is R2-D2 helping you resolve trouble tickets faster, IBM’s Edge Application manager is a swarm of tiny R2-D2s (or some other sci-fi tiny robot reference, maybe the bots from Big Hero 6) continuously making the sure the edge is set up properly.

IBM is leveraging its intelligence everywhere to transform IT operations and help businesses and it is building these offerings on a Red Hat foundation. By empowering teams to cease low-manual activities and offering tools, businesses can change the level of scale and complexity that a single administrator can manage effectively, increasing the potential for new digital initiatives and opportunities.

Exciting times for IT and for IBM.