In A World Of Converged and Hyperconverged Choice, Fear Abounds 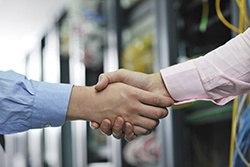 According to the American Psychiatric Association, agoraphobia is defined as, "an irrational anxiety about being in places from which escape might be difficult or embarrassing". While there is no official designation for fear of vendor lock-in, perhaps there should be. Perhaps "vendor-agoraphobia"?

One of the most persistent concerns shared by many IT professionals is the fear that once a vendor technology decision is made, the die is cast and there is no turning back. For better or worse, you’re in for the long haul. This fear of being "over the vendor barrel" is often a powerful motivator to retain as much independence as possible so as not to be subject to the whims of any single technology organization.

In fact, according to ESG research, the top 3 concerns businesses have with deploying integrated computing platforms (ICP) like converged and hyperconverged systems is:

Despite these concerns, ICP adoption rates continue to increase. In a recent survey of more than 300 IT professionals, only 17% indicated they have no plans or interest in these solutions. The rest have either already deployed ICP (33%), have interest or plans to implement them (44%) or are undecided (6%).

So what’s driving adoption? Again, citing ESG research, it would seem the primary motivators are:

It’s important to point out that the majority of survey respondents who have already deployed ICP also reported achieving the first 3 benefits. And 43% confirm an improved TCO as well.

So I guess that leaves the question about what benefits can be realized by taking a do-it-yourself (DIY) over a turnkey, single-vendor approach. Anecdotally, the following are often cited by DIY purists:

Many ICP vendors already offer best-of-breed, albeit from a limited number of suppliers. Converged infrastructure vendors like VCE and Netapp, for example, standardize on Cisco for compute and networking while leveraging VMware for the server virtualization layer. And through Dell’s pending acquisition of EMC, it is likely that Dell server and network switches will be a future option as well, providing VCE users with still more choice.

Moreover, hyperconverged vendors like SimpliVity and Nutanix allow multi-compute options like Cisco UCS, Lenovo and Dell (Nutanix) as well as a choice of different hypervisors. And from a networking and storage standpoint, both of these vendors leverage commodity components in their offerings, providing a lower-cost option for price-sensitive buyers.

And for those businesses that wish to deploy commodity servers, storage and networking components, hyperconverged software offerings like VMware’s VSAN, can be utilized to deploy a hyperconverged environment. Or alternatively, businesses can choose among multiple OEM partners to deploy VSAN (called EVO:RAIL).

These are just a few examples of the various configuration options that are available amongst merely a handful of ICP vendors. When newer players to the ICP market space are included, there are literally dozens of choices available to IT planners.

So what about achieving full-scale ICP vendor independence?

Sure, that’s possible — you could download a publicly available “free” copy of an open source solution like OpenStack, but then the onus of integrating, supporting and patching/updating the entire software and hardware environment falls squarely on your shoulders. Whatever savings might be realized up front can often be negated by the long-term operational costs of supporting the environment.

Even well-heeled financial services organizations are waking up to the reality that there is no such thing as “anti-lock-in”. As a CTO from a well known NYC based firm recently stated in a blog, “...we’re our own vendor lock-in”. He was referring to the fact that their highly customized environment had in many respects painted them into a corner as they now totally rely on the tribal knowledge of their staff to keep the environment afloat.

The insidious nature of fears and phobias is that it can often have a paralyzing effect on the decision making process. And in the fast-moving world of IT, that can be deadly to business. The bottom line is that at some point you have to cast your lot with a vendor (or some set of vendors). Fortunately, choices abound.