In the Age Of Never-ending Technology Conquests, Common Sense Still Trumps All 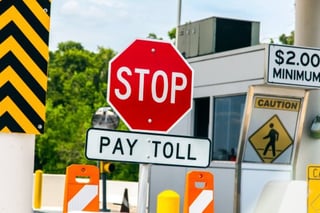 Left unchecked, engineers will never actually finish a product. They can always find another great feature to jam into it, and it will only take a few more months. Conversely, salespeople can always sell what’s next way easier than they can sell what’s now. This polarity works, normally. When either is out of balance, companies screw up.

I have a 2015 Chevy Tahoe. Lovely (mostly) vehicle. Has a tremendous amount of bells and whistles. Too many to be useful. Case in point; when I approach a toll booth, the car actually says, “Warning: toll booth.” Someone spent time and money engineering software to determine that a toll booth is within 57 feet of me, and decided it was imperative that the vehicle let me know this fact. Because otherwise I may not know by the simple facts that I’m A: at a toll booth, B: at the toll booth with 8 billion others, or C: it’s probably not a good idea to accelerate to 120MPH whilst going through a toll booth. Fortunately, in this new technology advancement age, the toll booths in MA have all been torn down – and there are new overhead invisible toll suckers in the sky on the highways, which read our plates or tags and charge us accordingly. So now, even when I’m not actually driving through a toll booth, my car still reminds me that I’m driving under a virtual toll booth. That is a prime example of overthinking a non-existing problem.

While “warning, toll booth” is both useless and annoying to me, the user, I wonder what systemic problems it injected into the overall product. Now every new software release must be QA’d and tested against that one dumb ass feature. I hope my anti-lock brakes are never affected by a bug in the asinine “toll booth warning” feature. (Seriously, GM, what’s next?  “Warning: Taco Bell”?)

Clearly some engineer at GM figured out how to write this code, then convinced the powers that be that the new code would be a great differentiator in the market. Equally as clear is that no one bothered to see if it passed the common-sense sniff test. Just because you can build something, doesn’t mean you should.

Which gets me to my next example – where a lack of common sense mitigates the technological advancements on hand.

I had the joy of spending the Christmas holiday at the Central Maine Medical Center hospital, where on Christmas Eve it was discovered that I had suffered an acute bout of Diverticulitis, a painful nasty thing. It was my own fault – as, being void of common sense myself, I let a left lower abdominal pain fester for 5 weeks without bothering to consult a professional, thus it should have been no surprise when I finally doubled over in pain that something might be legitimately wrong.

During my super fun 4 day stay at this oasis in LA (Lewiston/Auburn), I enjoyed a revitalizing cleanse treatment – which is code for no food, no water, no nothing (but tons of morphine) but antibiotics pumped into my body with the hopes of closing a potentially nasty hole in my gut.

The CT scan clearly showed the issue. The treatment was cut and dry. So all I could do was sit there and observe others during my occasional periods of lucidity. Here’s what I learned: the medical community is loaded with high-tech stuff. It’s everywhere, and it’s impressive. I was in the (packed) surgical ward, where nurses and doctors kept what seemed like 100 patients treated in real time, all the time. There was no way to do this without technology at every step. Heck, I had gizmos hooked up to me I’m not even sure what they were for, but they dinged and binged, and people paid attention to them.

So even in Maine (a place I truly love, but as backwards as they come in general), technology finds a home. People are kept alive.

Now the bad news – as great as the overall experience was for me (meaning if I had to be in a hospital, this was as good as any for my issue), and as great as all the technology and smart people were – the experience still sucked because of a tremendous lack of common sense from some of the people involved. At night, my nurse, realizing I was out cold on morphine, would come sneak into the room, administer whatever she had to administer, and sneak out without me knowing. Perfect. Seems that sleep is actually therapeutic. But Lumpy (my pet name), the nurse for my roommate Dave (who was either 67 or 28, I’m truly not sure which--Maine does things to people), would show up at 2:30am and start chatting away, banging and clanging and then leave the F’*&^ door wide open and the lights on, so that I could enjoy the other noises emanating from the hospital at all hours.

Technology can’t fix stupid. It can only mask it. Common sense should be the guiding principal for how we build and implement technologies at every level.