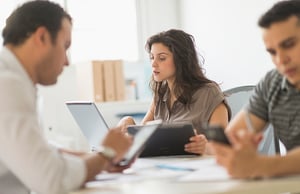 Never a dull moment in the data protection market. After last week's announcements at Dell World, Unitrends (a Kaseya company), Odaseva, Cohesity, HYCU, and Veeam have come out with interesting news.

I just came back from Kaseya's ConnectIT event in sunny, rainy, and sunny again Las Vegas. Lots going on: Unitrends (a Kaseya company) announced a direct-to-cloud backup and recovery solution, which will serve the remote office/workers use cases (endpoints and servers) and comes as a great complement to their other offerings in the portfolio, including appliances and SaaS backup capabilities with sister-company Spanning. Spanning has a very promising roadmap that should further the ability of MSPs to tackle the SaaS backup space. It is one of the few companies that focused on Salesforce.com data protection, with Office 365 not surprisingly a core focus.

Kaseya's focus is SMB and mid-market, and a 26,000 strong MSP community that serves this segment. The Kaseya leadership team has been keeping very busy, securing an additional and substantial round of funding ($500 million), completing a new acquisition in the cyber space, and releasing a number of improvements to their MSP-focused platform, with GTM initiatives to help their MSP community better sell, support, and deliver services to their customers.

The management of Salesforce.com backup, recovery, compliance, and archiving is particularly difficult in the enterprise space and often requires significant integration work if you go the DIY way.  Odaseva has built a services platform and just announced a new offering for Enteprise Salesforce.com users: Odaseva Vault. Vault works with the Odaseva platform to help users automatically archive sensitive data that organizations are required to keep for long periods of time in regulated industries such as financial services, healthcare, and insurance. Keep an eye on this company.

Cohesity is doubling down on modern workloads by adding Imanis Data to the family through an acquisition. This is a very logical and, in my opinion, timely move that will help address a broad spectrum of issues associated with "modern" workloads like NewSQL, NoSQL, Hadoop etc. But wait, there's more: Cohesity will also deliver backup and recovery capabilities for Kubernetes-based containerized applications, and extend capabilities for Microsoft Office 365 (introduced last year) to include Microsoft OneDrive.

HYCU is also doubling down with two announcements this week: First, a new version of their core solution for Nutanix with a 4.0 that includes a number of new "goodies" such as support for Nutanix Files with NFS and Nutanix Buckets, support for Nutanix Near-sync, multi-site deployment capabilities, and application restore optimization features, among others.

Mine, mine all mine...can be yours.

Mine can also be yours with Veeam later this year! At the same Nutanix event, Veeam announced their solution with Nutanix, which is running in beta at a number of customers today. Nutanix Mine with Veeam is expected to be available in calendar 2H 2019 and will be sold by Nutanix.

That's it for now, but I am sure there'll be more soon.