Thanks to recent price reductions, flash storage is now, in many cases, less expensive on a price-per-raw-capacity-point than performance-oriented (10K and 15K) hard drives. This threshold represents a significant milestone for flash storage. Yet, the storage industry is quickly approaching the limits of the business benefits that flash storage technology can provide alone. 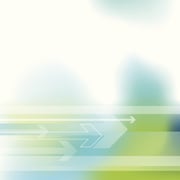 In a recent ESG research study, storage leaders were provided a chance to identify those benefits. The list started with the obvious, improved application performance. The next most identified benefits highlighted the potential of flash storage to improve performance efficiency across the IT ecosystem; with benefits to greater utilization, reduced operating expenses, and reduced total cost of ownership.

As significant and disruptive as these benefits are, they represent only the first step in achieving flash storage’s true potential. For most IT environments, the remainder of the data path still leverages technology designed for mechanical spinning media. And this outdated infrastructure creates a problem.

Wake in the water

Disruptive technologies like flash storage often encounter limits, as the disruption they create sends ripples through the surrounding ecosystem. While technology pundits like to refer to the driverless car as an example of how a new technology can disrupt a landscape, for this discussion I will use a historical example: the airplane.

While the Wright brothers’ first flight obviously changed the course of human history, one could easily argue that the true value of the technology was not achieved until the world had deployed the supporting infrastructure (e.g radar, airports, or air traffic control systems). It is one thing to be able to save time by flying from point A to point B, but it's another thing entirely to have global logistics and travel all optimized thanks to human flight.

In response to the advent of flash storage, the remaining IT ecosystem (the applications, networks, and traditional storage architectures) is in a state of transition. Looking to optimize for flash, many in the industry are turning to the non-volatile memory express (NVMe) protocol.

NVMe leverages PCI Express and offers more efficient small block transactions while also allowing for more concurrent operations. NVMe is designed to more effectively leverage the benefits of flash storage and better extend them to the applications and the business at large.

Leveraging PCI Express, though, creates a key challenge, as connectivity often requires a server-side storage or direct-attach storage architecture. These solutions provide faster connectivity between the processor and the storage, but re-introduce all the challenges that led IT organizations to originally move away from DAS-based architectures. Yes, with more data protection capability available at the application level and the advent of software-defined storage (SDS), the limits of DAS are not what they once were. In many cases, however, DAS solutions still create storage siloes making them less efficient and more difficult to manage and protect. While some may see NVMe as re-energzing the argument for PCI-Express switching, I propose that the last thing that the industry needs is yet another storage fabric.

This is where Direct Scale-out Flash technology comes in. A new storage player, Apeiron, has taken NVMe technology and extended the protocol to leverage Ethernet infrastructure for “NVMe over Ethernet.” Leveraging Ethernet provides the benefits of a flash-optimized data protocol over an existing, resilient, cost-effective, and, most importantly, familiar network infrastructure. Direct Scale-out Flash delivers the direct high transactional benefits of NVMe while incorporating the manageability, protection, and scalability benefits associated with a scale-out network storage architecture, such as the ability to access thousands of NVMe drives. Apeiron’s product, the ADS1000, is deployed as an integrated storage and networking solution with the ability to independently scale compute and storage.

Apeiron’s technology still has to prove itself and is just one of the emerging NVMe solution players, but at initial glance, if you were to project how NVMe technology would penetrate the data center. You would picture a solution that extends the low latency potential of NVMe with the benefits of the more popular contemporary storage architectures, scale-out pools of networked storage that leverage Ethernet infrastructure. You would picture something like Direct Scale-out Flash storage.

As always, let me know what you think. Are you looking at NVMe technology? How do you think it will fit into your environment?