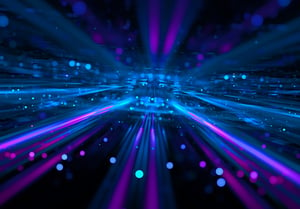 Lately I’ve been reflecting on the past, which is new to me since I normally only care about the future. But even I get nostalgic from time to time. ESG is in its 20th year! That’s crazy.

So whether it’s the romantic in me or the fact that I’m now experienced enough to reflect on the countless amazing things I’ve seen over my career, you’ll be hearing stories from my past with an eye toward the future. This tale is just that—the next phase of one Joe Tucci.

I met Joe in early 2000 when he took the reins at EMC. At the time, EMC was a mess. It wasn’t broken, but it was a mess. Customers hated them (arrogance predominately), their products were still dominant but getting long in the tooth, and upstarts were making serious inroads (think NetApp). EMC at the time was dominated by two personalities—one in sales, the other in engineering. They were sacred. They could not be touched.

Back then, EMC had a history of bringing in outside talent and watching the internal antibodies destroy them. No one lasted. I specifically remember talking to a friend who told me Tucci wouldn’t last six months. He was wrong. Joe righted the ship, ended up quintupling the size of the company, brought the stock from nothing back up to a hefty something, and made a few wildly successful acquisitions along the way (VMware worked out pretty good). The culture turned over in such a way that he was able to keep the good parts—the outstanding sales/marketing execution machine—while taking away the bad by believing they could sell more if customers and partners stopped hating them so much. He was right. New talent came in and stayed. The antibodies were put in check.

We all know how that chapter ended: Michael Dell came along and engineered the biggest tech deal in history.

What you probably don’t know as well is what happened next to Joe—GTY. GTY is Green, Tucci, and You. Bill Green was the former CEO of Accenture (and I’m proud to say a Babson College alum!). Harry You worked with Joe on EMC’s acquisition team and is widely credited with the successful philosophy instituted by EMC in that era. Prior, You was the CFO at Oracle and a big part of its acquisition machine. These people are players.

GTY set up shop at what’s known as a SPAC, or a special purpose acquisition company. They raised $500M (in what seemed like about 12 minutes) in an IPO. They then went looking for underserved market segments they could buy into and, after a lot of research, came up with their first—software and services designed to bring efficiencies and digital transformation to state and local government. Who better since we all know the government is strapped for cash, normally astoundingly inefficient, and typically way behind the curve when it comes to true digital transformation? GTY then started buying companies to roll up. They have acquired 6 to date.

Further, while far from the classic “enterprise” IT market, it turns out that state and local governments are completely aligned with many enterprise IT initiatives and considerations of the enterprise, not the least of which include intelligence and analytics (these have business requirements), customer experience (i.e., citizen engagement), data transparency, and governance.

Doesn’t this seem like too small a market opportunity? No. Would you be surprised to learn this market is more than twice as big as the market that Joe had when he started at EMC? The state and local government spend was over $103B in 2018 and that can be broken down into big segments like health and human services ($26B), transportation ($11B), and education ($26B). State and local government spending accounts for 9% of the U.S. GDP already, yet they are absolute laggards when it comes to things like cloud adoption. All of these segments are starving for a vendor relationship that can bring the classic IT value of “helping to do more with less,” and the timing could not be better as AI/ML and IoT are poised to bring improved opportunity to accelerate transformation.

The bottom line is that this looks like Mr. T isn’t quite done yet.