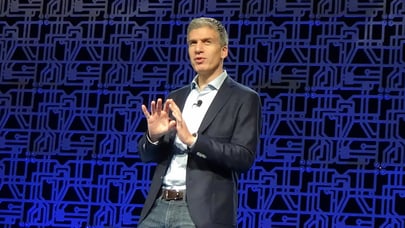 Juniper held its NXTWORK conference in San Francisco last week. There were some announcements that showed this firm's continued evolution to be cloud-centric and to integrate security into its offerings.

At Juniper’s NXTWORK, the focus was engineering simplification. That doesn’t mean that the company is providing simple solutions. It rather means that it wants to simplify the complexity the customers are suffering from, which may stem from multi-clouds, new workloads, continued security concerns, and hybrid computing needs.

Another point that is hidden is that Juniper is leveraging its prowess in service provider networking to provide solutions for enterprises.

The Contrail family of products is now a platform with many products, so the traditional Contrail name and product is now known as Contrail Networking. The Contrail range of products is now a solution that includes networking (the original product), and adds Contrail Security for policy definition, distribution, monitoring (via visibility and analytics), and enforcement, and Contrail Service Orchestration (for network function virtualization (NFV) service orchestration), primarily for service providers.

The open source project known as OpenContrail, which is the foundation for Contrail Networking, also has been moved to the Linux Foundation. This is a good thing, since it may help increase the size of the community contributing to it. It’s always hard to get a broad foundation of developers committing code, but association with a popular foundation will help give it a boost. Simply making code available on Github is never sufficient to build a critical mass of support.

The evolution of Contrail from a network overlay solution to a broad platform is a welcome development. I believe that an overlay network by itself provides benefits, but surrounding it with more capabilities, like use cases for security, NFV orchestration is a natural next step to make it a platform, for not only Juniper but also for its partners.

The notion of having a solid foundation is something that seems to resonate. I spoke to several Juniper partners at the event, and they liked that Juniper solutions (especially Junos) are something they can rely on with its solid foundation and ease of deploying scripts on. This means that we should not simply treat network devices and services as solutions in their own right, but as a foundation on which to build on. Whether that's a regional VAR writing deployment scripts, or potentially an ISV delving deep into APIs, we need to treat these systems as a platform and Contrail is laying down another layer that will grow in the future.