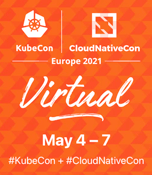 The focus at KubeCon + CloudNativeCon Europe 2021 demonstrated that containers and Kubernetes is growing up—fast! The adoption of Kubernetes and its overall business impact, along with how the growth of applications and cloud adoption expands beyond the developer, was a key message at the event. Kubernetes has been ready and is expanding its presence in the overall business ecosystem, with deployments both in the cloud and at the edge.

Why Focus on Kubernetes Differently Now?

When thinking about the traditional use cases for Kubernetes, the deployments were largely focused on test and dev with a subset of resources that were deployed in production. This is not the case anymore. At the event, we saw a rapid uptick in adoption from vendors across storage, security, edge, artificial intelligence, monitoring, and many more. The industry investments in micro-service deployment were demonstrated as a key focus area, and the vendor presentations provided ways to leverage and expand new innovative ways for Kubernetes to solve business problems.

Companies such as StorageOS demonstrated the ability to deliver stateful, containerized apps to deliver performance, reliability, and scalability. This includes the uses of Prometheus metrics to monitor the IO load. Very cool tech to see.

Red Hat provided an overview of a new upstream project that works with the open-source community while managing code that runs Red Hat Advanced Cluster Security for Kubernetes. This new community is called StackRox and is focused on driving innovation around security. This will definitely be an initiative to watch as it evolves.

Kubernetes Is Getting Edgy…

The event definitely did not disappoint when it came to innovations with Kubernetes, many of which were at the edge. Vendors made it clear the investment at the edge is a growth area for Kubenetes. The introduction to a new cloud-based service platform delivered on open-source K3s was launched by Civo. This launch happened due to research over the past two years that was tested by more than 4,000 developers according to Civo. The goal is to deploy fully usable clusters from less than 90 seconds down to under 30 seconds. An interesting idea here is the ability to use artificial intelligence to reduce the amount of carbon generated by servers and storage in the cloud or on-prem. By using AI, carbon could be reduced by powering down idle resources. The focus on the reduction of the carbon footprint is a focus by many vendors, but to see this as an option was very encouraging.

Scale at the edge was another great innovation advancement to see. KubeEdge demonstrated the management of 100k edge nodes and 500k edge appliances. With more than 200 million drivers in China, this offering demonstrated the ability to process over 300 million data records daily with the KubeEdge-based system.

Looking to the Future for Kubernetes

There were a lot of new, innovative approaches to drive the adoption of Kubernetes at KubeCon + CloudNativeCon Europe 2021. I am looking forward to talking with these vendors, as well as vendors that I did not mention. There were many new ways to focus on infrastructure, AI/ML, storage, cloud native application management, and other areas.

These were some of my takeaways from the event, and I only touched on the overall announcements. I would like to hear your thoughts on the event and on Kubernetes overall. Reach out and let’s discuss how the event went for you!