Looking at Software-defined Storage from a Hardware Perspective (Video) 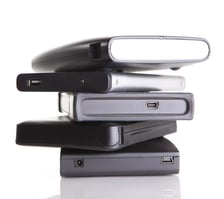 With all the excitement around software-defined storage (SDS) lately, it can be difficult to separate reality form the noise. And from our research, it looks like a good number of organizations are struggling with just that challenge.

Included with this blog post is the fourth in a series of seven videos that talk about the key findings from ESG’s recently published research report, Next-generation Storage Architectures. I collaborated with my colleagues Scott Sinclair and Mark Peters on the research. In this segment, I talk about one of the key next-generation storage architectures: software-defined storage (SDS).

Reactions to SDS were an interesting contradiction of excitement and derision. Initial reactions often exhibited a blend of confusion along with frustration as to the “true” definition of SDS. Often participants referred to a lack of common definition across the industry as the culprit.

However, after discussing the possible implementation of storage functionality at a software level, rather than as a part of an array or storage system, as well as the subsequent benefits, most of the respondents exhibited interest, even excitement, in the concept.

So what aspects of SDS generated the most excitement? To learn more, take a three-minute break and watch my video:

Mark Peters: ESG's recent next generation storage architectures research used in depth qualitative interviews to find out what senior I.T. managers really think about the potential relevance and value of these five Nascent storage technologies. In this video, one of a series of seven summarizing our key research findings, Terri McClure examines what we found out about attitudes to software defined storage.

Terri McClure: Thanks, Mark. It was interesting to see in this research that software defined storage is still really poorly understood. But, that doesn't equate to a lack of interest. In fact, the opposite's true. In our interviews for this project, we found very little understanding or agreement of a formal definition for software defined storage. But, as our discussions with our interviewees progressed, and boy did they progress, nearly all of the interviewees agreed that the concept of moving storage functionality up into the software, rather than leave it as a function of hardware, is highly desirable. But, we're still early. None of the interviewees were actually using software defined storage yet, and only 12% were in the planning and evaluation stage.

Even with all of this interest, there were still some concerns. A number of interviewees equate software defined storage with VMware and VSAM. You know, that makes sense, as VMware really pioneered the the software defined discussion. But, like we saw with integrated compute platforms, software defined storage fosters organizational concerns around who owns and manages what. This is largely driven by that association with VMware and virtualized environments. Respondents see the tight integration between VSAM and vSphere as a threat to their storage practice which, if it goes unchecked, could put control of the storage environment into the hands of the system administrators, further blurring or even eliminating storage roles and responsibilities.

You know, one of the most interesting things to me in this research was that the topic of software defined storage garnered much more conversation than any other topic in the research project, despite the fact that the discussion often got off to a really rocky start with some derision expressed for the term itself. There really seems to be some fatigue with hearing all the vendors banter about the term software defined this and software defined that, applying the term to almost anything. But, the benefits of software defined storage, such as the elasticity and the potential to map desired storage functionality to specific workloads dynamically are very high up on the wish list for those looking at how they'd really like to manage storage five years out.

Mark Peters: If you'd like to find out more, please see the other six videos in this series, or get the full ESG research report from our website.