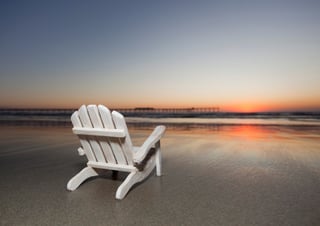 VMware is in an enviable place. It was first to market on the server virtualization front, and thus has a mature, well understood product in vSphere that is used broadly. And, as much as we hear that vSphere users are tired of paying too much in licensing fees, we don't expect that to change any time soon. In fact, when we recently asked users about the likelihood that they will replace their hypervisor, VMware seems much more entrenched and sticky than other hypervisors. 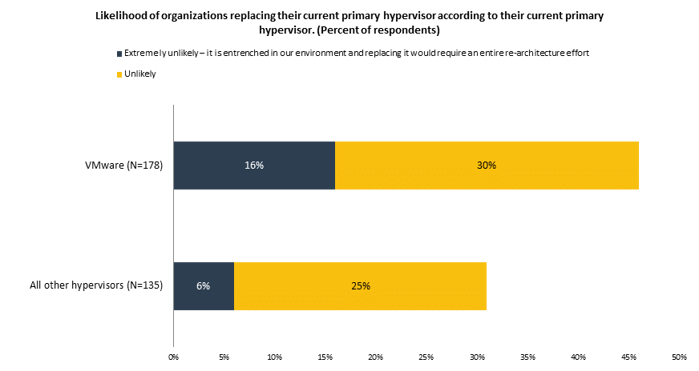 So it's clear that anyone who is anyone in the hyperconverged infrastructure space will need to make nice with VMware to be successful. VMware is a key cog in the converged (Converged Infrastructure, or CI) systems market (which includes HCI platforms) for its ability to allow IT to create virtual resource pools, and tie into and manage hybrid cloud environments with the vRealize suite.

And after a few bumps in the road, VMware now has a solid platform in vSAN, its storage virtualization platform. vSAN plus vSphere is the basis for Dell EMC's VxRack and VxRail products, and VMware is going after the HCI market on its own with vSAN. It's a very competitive market, but given VMware's strong penetration at the hypervisor level, it has a shot at making inroads against the more well known or mature HCI vendors, like Nutanix (and its resellers like Lenovo), HPE SimpliVity, and Pivot3.

Given that framework, here is what I am looking forward to at the show:

Of course, some of what I learn I will be able to discuss, but one of the big challenges in this job is that I won't be able to share many of the discussions. They do, however, contribute to the 360 degree view of the market that it's important to have as an analyst as we chat with vendors, end-users, investors, and the press, and especially as we execute on our broad research projects.

CI and HCI are the growth areas of IT infrastructure, and as such, have a tremendous amount of focus from vendors large and small. Given the slow growth rates of more traditional IT components, the CI market is likely to become a steel cage match for vendors in the near future - some will thrive, some not so much. Some of the success will be built on technology and delivering on customer requirements, other success will likely be built on brute market force. Either way, it will be an interesting 12 to 18 months for the converged space. And the foundations for the next 12 -18 months will be laid out at VMworld 2017. I'm looking forward to being there as it unfolds.