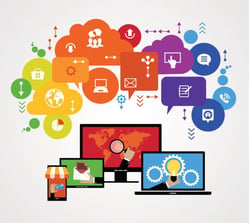 It has been a few days now since word got out that Microsoft signed a letter of intent to acquire Adallom. Since we apparently do not yet have a definitive agreement in place, we have not heard from either party on the synergies and points of leverage this acquisition provides, some of which are obvious, others more nuanced. In any case, this news highlights some fundamental dynamics for how this emerging and highly relevant security product category will develop. But, first, some context setting is in order.

Whilst vendors such as CloudPassage, Evident.io, ThreatStack, and Trend Micro focus on securing cloud-resident workloads and services (let’s call that “in the cloud” for now), Adallom, CipherCloud, CloudLock, Elastica, Netskope, Skyhigh Networks, and others are about securing the use of SaaS apps delivered from the cloud. Most importantly, “from the cloud” security solutions provide visibility and control for data being created, accessed from, and stored in the cloud a la Data Loss Prevention (DLP) for SaaS apps or “Cloud DLP.” Yeah, we need work on some definitions, stay tuned. And from a go-to-market perspective, it is also important to note the former typically sells to a DevOps influenced buyer, the latter more traditional IT.

The need for “from the cloud” security is, of course, born of the shadow IT revolution. That horse is out of the barn and well down the road such that corporate IT needs to embrace that reality by playing the role of enabler, not preventer while at the same time gaining corporate governance over unauthorized SaaS applications. Ah, those rogue business units and pesky users running amuck with Dropbox, Jive, Facebook, Google Apps, and so many more! Oh, yeah, and Office 365 as well, which brings us back to the topic at hand: With the Adalllom buy, Microsoft will now be able to tout Office 365 and likely Azure Active Directory (AD) and OneDrive as more secure than Google Apps, Box, et al. But Adallom does more than secure the use of Office 365, and therein lies some key questions centered around the notion of scope.

It’s unlikely customers will buy security for Box, Google Apps, etc. from Microsoft when Microsoft offers competitive apps. And, given the distributed nature of SaaS app buying centers, it’s at least equally unlikely that Microsoft will be able to cross-pollinate Office 365 and OneDrive sales on the back-end of an Adallom sale. Given this, this acqustion would seem to fall on the depth end of the spectrum while also providing Microsoft threat research and intelligence DNA as well as some measure of security street cred given the strength of the Adallom team. All of this is assuming, of course, that this deal goes down.

The shadow IT reality and cloud first imperative for strategic IT projects is such that the Microsoft-Adallom news should increase the volume of the discussion around these and other cloud security considerations.

“From the cloud” security focused on access and usage for visibility, control, and governance is one of the cloud security segments on which ESG will be conducting in depth end-user research and industry analysis, so stay tuned. In the meantime, I’d love to hear your thoughts on this news and more!