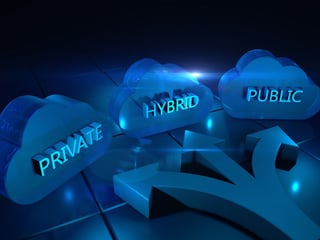 Microsoft recently announced its plans to acquire Avere Systems, and some moves almost make too much sense. The synergy between Avere’s technology and public cloud services has made the company a somewhat obvious target for some time now. While some have commented that the presumptive acquirer might have been Google, an early investor in Avere, strategically Microsoft makes a little more sense to me. Of the major public cloud providers, Microsoft appears the be the most open to embracing a hybrid cloud world. With other public cloud providers, often it seems like their perspective is that all of IT is divided into two groups; those that are 100% on the public cloud, and those that will be.

According to ESG research, however, in North America, 39% of storage decision makers identified that they have pulled at least one workload back from public cloud services (SaaS or IaaS) and deployed it back on-premises. This data point in no way suggests that public cloud is not valuable. Cloud adoption continues to grow and is certainly here to stay. What the data suggests is that there is a tipping point, though, where some apps and data make more sense on site. Microsoft, I assume based on its long history in IT, gets this fact and continues to embrace it. I see the Avere acquisition as a continuation of this strategic understanding.

The other takeaway is that Microsoft understands that high value business content runs on NFS. All this high value unstructured content that drives much of those exponential unstructured data growth chart curves is being generated not on Windows home shares nor on S3 object stores; the data (such as for the media and entertainment, oil and gas, life sciences, financial services, and manufacturing industries) is being generated by applications designed to speak to NFS-based storage. In addition, many of the operating workflows behind these industries require multi-site data access and collaboration, ideal for public or hybrid cloud environments.

I have long been a fan of Avere’s technology, and I see this as a win for Microsoft. Of course, it all comes down to execution, so only time will tell.