A movie and awareness for NetScout's network and security tools 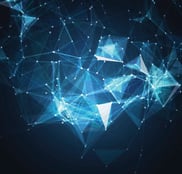 I considered how this movie influences the audience to realize the importance of networking to society.  Obviously, a firm with a large customer base and revenue will benefit as networks are increasingly relied on because a rising tide lifts all boats.  However, that will benefit any networking vendor—whether it’s a market giant such as Cisco, or a smaller firm that does not directly compete with NetScout, such as Arista.

One needs to examine the segment NetScout is in, which is application and network performance management for enterprise and service providers, and in security through their Arbor Networks security division. NetScout is not alone in that segment, but given its leadership in this segment, it will probably garner a proportional benefit as organizations become more aware of the performance management.

The movie describes the Carrington Event, a solar storm of 1859, knocking out many telegraph systems. Since we’re even more dependent on technology, we should be worried even more than we have been in the past. However, all we remember from the event are pretty aurora lights and failed telegraph systems, which were not close to taking down 19th century society.

A similar geomagnetic event will be catastrophic, but also there’s little we can do other than creating resilient equipment and infrastructure, which will take a long time, or getting some advance warning.

A recent event drove home lessons that are less catastrophic. What if we look at a single person or a single website that can get taken out, and what its effects are? Brian Krebs, a popular cybersecurity journalist suffered from one of the largest distributed denial of service (DDoS) attacks, presumed to be sent from IoT devices, which led to his site to no longer be protected free of charge by Akamai, a service provider, since it would in affect be paying customers. The end result is that his readership could not access his website until it was revived under protection from Google Project Shield.

So here is an example where many of us could not access his site, a tremendous inconvenience to the site author and other people involved. More importantly, it brings to light the changes in modern networking infrastructure and our reliance. It was an event that is relevant to today, and illustrates some new trends.

One is that something we take for granted, such as visiting a website, can easily be taken down. There are powerful botnets accessible to small groups or individuals (or even for hire). DDoS is not new, but it has become easier to launch.

Even if regular end-users protect their personal computers from malware that leads it to participants in a bot net, there is a surge in the number of IoT devices (DVRs, cameras, etc.) that are less likely to be patched and protected. You don’t usually log in to your IoT devices, so you may never know if they are inflected. The number of IoT devices is expected to greatly exceed conventional computing and networked devices will worsen the situation.

Thus we live in an ever connected world, and it’s easier to wreak havoc on these connected systems through denial of service, data exfiltration, and other methods of mischief or theft.

Furthermore, people pay rightful attention to loss of personal information, which they get publicity, but the origins of the infiltrations are commonly through networks. It’s better to protect the network before core data assets are accessed.

Ultimately, we need to realize that connected societies are reliant on networks, and we cannot take their operations for granted. A DDoS attack on a website was an isolated, yet very painful event. On the other hand, a disaster like the Carrington Event is a worldwide event that will affect almost everyone. In practice, we have a wide range of potential disasters that fall in between. Werner Herzog’s movie illustrated the many ways in which members of society rely on this connected world, and the viewers, even regular consumers (not just IT staff) need to be aware of this.

End-users can demand and expect their service providers to protect them appropriately. End-users can also protect their own devices and networks, and purchase products that are designed and operated more safely. We are so dependent on networks that we take it for granted. There are people who react, when an ISP goes down, by stating “I can’t get to Facebook.” The reality is that they lost network access, and whether it’s social networking, online banking, the power grid, or public safety, our reliance on protected networks cannot be underestimated.

Was NetScout brave in creating increased awareness for the general importance of networking in society? Yes, and I think they and the whole network performance and security vendor segment will benefit, and buyers will realize how important our society’s network reliance is.

Another beneficiary will be organizations that choose to deploy better monitoring to protect their infrastructure, before a disaster occurs. Protection shouldn’t be an afterthought. Movies like “Lo and Behold” increase awareness, and in addition to being good art, are a service to increasing awareness of our reliance on the IT industry.

Note: This movie was released in the United Kingdom last week. It has been available in the United States in theaters and online streaming.