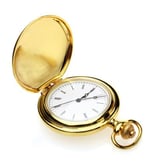 I went there in 1986. I knew they would never make it, so I left in 1989. I am still not sure what was more important to the company’s meteoric rise to greatness, me leaving or Mike Ruettgers coming in. (Mike was the guy brought in to ensure that the stuff we built and sold actually worked.)

It’s been a stunningly awesome success story that could have derailed many times along the way, but took every beating that came along (whether self-imposed or not) and came out stronger. Many times people wrote them off. Every time they were wrong.

I have a thousand stories.  Here are just a few of the thoughts off the top of my head.

Dick Egan and Roger Marino (the guys who started the joint) were not brilliant technologists. They were brilliant executioners. They understood how to engineer, market, and sell a “good enough” product in an exceptional way. They taught cocky college graduates how to market and sell (they didn’t want IBM sales guys, who already had bad habits; they wanted to teach fearless recent graduates looking to make their mark [and money] their own habits), and how to win. Those kids subsequently taught the next generation and so on. It is stunning how successful that model has been for what is now over 3 decades. Don’t believe me? Billy Scannell runs global sales – at EMC and now Dell Enterprise. Billy was a 24-year-old sales guy in Natick, MA – who hired me as his telemarketer. Billy has done well and, more importantly, helped institutionalize EMC success.

Joe Tucci, who many insiders at EMC said would not last 6 months, is brilliant. He taught the company how to buy other companies, and do what most others simply haven’t figured out – not screw them up. It’s not just VMware that worked. EMC has been the best acquirer I’ve ever seen in this space. They all work, some more than others, but maybe only 2 out of 50 buys have not been home runs or triples.  Crazy.

No.  I don’t believe so. He’s brilliant as well. He knows what he bought. EMC knows who was buying. No surprises. This has the potential to be the best big deal ever done in tech. So far, it has been the smoothest, smartest, and fastest deal ever done at this level (I know, no deal has ever been at this level, but you get my point). There are tremendous synergies here, and, as Mr. Marino taught me long ago – it’s better to be lucky than good. HP has decided that it no longer is a full spectrum player – it’s now a server/infrastructure only company. IBM has shed much of its infrastructure business to run to the third platform. So who does Dell EMC compete with realistically? For those who continue to buy and run IT stuff, there is no one with as complete a package. No one.

Will everyone at EMC leave?

No. No one that was on the “list” of must-keep people have left. All of them could have. That alone is stunning. Will there be overlap? Not much. Dell committed to letting Hopkinton be the enterprise business--so MORE JOBS are coming north. There will be some redundancies, but most likely minimal. I took some heat for a quote in the Boston Globe yesterday where I said;

““At the senior ranks, things will grow in Hopkinton. But from manufacturing to the mid-level and lower-level positions if they can be consumed or absorbed in Austin at half the price, they will be. It’s the reality.”

While I was a tad bummed that’s all I got after an hour of much better quotes, it’s true. IF Dell can save money by paying people half the dough and move jobs to Austin, they will look at it. But reality is that the trained talent with enterprise DNA simply does not exist in Round Rock as it does in MA. Plus, people cost the same in Austin as in Hopkinton, anyway, so I just don’t see it happening. I know first-hand that Mr. Dell has the same philosophy as Mr. Tucci in terms of leaving things alone. The reason EMC was acquired was because they know what they are doing – so screwing around with it makes no sense. Over time, redundancies will work themselves out. But the price of real estate in Hopkinton isn’t going down, it’s going up. In the meantime, engineering, executives, product people, etc., aren’t going anywhere because those are the skills Dell just spent a ton of money on. In reality, there will be more of those hires moving into MA, not out--as EMC (Dell EMC) isn’t just storage any longer--it’s servers and the rest of the big stuff from Dell, too. As a local and a MA taxpayer, I’m happy about that.

I spent most of the interview answering questions about David Goulden, now king of Dell EMC. The reason he is king is two-fold. First, he was king of EMC core already. Second, NEVER have I seen someone more in command of their business as David Goulden. He knows every number. Even numbers that appear meaningless. It’s impressive, in a meaningful way.

So yes, it’s the end of an era. But it’s the beginning of another. The EMC one has a happy ending. Congratulations. You somehow did it without me.