My Assessment of VMware NSX 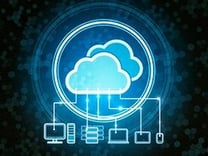 At last week’s VMworld event in San Francisco, I spent a good deal of time speaking with VMware, its customers, and a wide variety of its partners about the cybersecurity use case for NSX. I came away from the event believing that NSX (and other similar SDN technologies like Cisco ACI, Juniper Contrail, HP VAN, Illumio, vArmour, etc.) have great potential to help large organizations lower cyber-risk.

NSX supports the concept of micro-segmentation through software-defined rules and administration. To me, this capability could bolster cybersecurity by:

Yup, NSX could be a real cybersecurity winner in the future, but after speaking with lots of VMware customers last week, there is plenty of work ahead on the road to virtual network security Xanadu. To promote and propagate NSX within the cybersecurity community, VMware must:

Back in the server virtualization days of yore, VMware used to say that if its customers used ESX correctly they could actually improve risk management and security protection. I agreed with VMware but told the company that it needed to go beyond blanket statements and tell its customers how to leverage ESX toward this end goal. The same advice holds true today for NSX as well. If VMware can educate the cybersecurity community, adjust its pricing model, and work hand-in-hand with CIOs, CISOs, and the industry at large, NSX could be a network security game-changer.