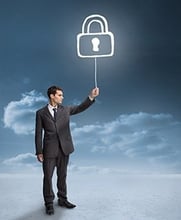 The President deserves a lot of credit for addressing some of the more esoteric details related to cybersecurity and national interest. I’ve seen two cybersecurity plans from the candidates so far, one from Governor Bush and the other from Dr. Carson (aside from John McAfee’s that is). The governor’s read more like a few statements rather than a real plan, while Dr. Carson’s was filled with a few high-level promises and some card deck shuffling. CNAP is far more detailed and inclusive than either of these two, demonstrating the administration’s cybersecurity depth and experience.

While laudable, the President’s plan has some fundamental flaws to it in my humble opinion. There’s a lot to cover but here are a few of my initial thoughts.

There are a lot of good starting points within CNAP such as pushing for multi-factor authentication (MFA) and the need for a public awareness campaign. Unfortunately, CNAP looks at cybersecurity thought a lens of politics, existing federal programs, and Beltway business dynamics. We need a comprehensive cybersecurity tabula rasa that allows Washington to do what’s necessary to solve real problems rather than incremental changes to the slow-moving and unproductive federal status quo.