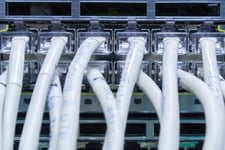 As we start this year, I wanted to offer my predictions for what may lie ahead for 2016. The overarching theme is that use cases will drive trends in 2016, as opposed to plain transport and speeds. Here’s my take:

SDN in the data center hasn’t taken off like wildfire, but it is starting to show steady adoption. The definition of SDN varies greatly, so it’s hard to refer to refer to one specific type of product, but whether you're talking about Cisco’s Application Centric Infrastructure (ACI) SDN Architecture or network virtualization overlays such as VMware’s NSX, customers are starting to see benefits of having better programmatic control over network, security and enabling better agility.

Rather than having a sudden shift, customers will continue to see specific use cases to adopt more SDN in data centers. Micro-segmentation has been a key use case for products such as NSX and ACI, and this should drive adoption as security issues continue to be a concern. If enterprises adopt more multi-tenant private clouds, then it will put the wind behind more data center SDN adoption.

A quiet brother to data center SDN has seen interest in 2015 and should see increased adoption in 2016. Both startups and traditional networking companies have offerings and more products and features should be released in 2016. There are many companies in this space include Aryaka, CloudGenix, Pertino (now part of Cradlepoint), VeloCloud, Versa Networks, Viptela and Talari Networks.

Established vendors with WAN products such as Cisco (with iWAN), Citrix, FatPipe, Glue Networks, Ipanema (part of InfoVista), Riverbed and Silver Peak Systems are also in this area. If the vendors are able to clearly articulate the ROI benefits of these products, customers (and service provider partners) will adopt these products rapidly.

I also have a prediction where I am sure to fail. There are many terms used for Wide Area SDN. Many people call it SD-WAN. Others call it SDN-WAN, which makes it an extension of SDN. That one irks me somewhat, since the “N” for Network appears twice, and it makes the root term SDN ambiguous since we’re not sure if it applies only data center or if it’s a general term. So I attempt to separate it into Wide Area SDN and Data Center SDN.  But given that these terms are engrained, I feel that the confusion in terms will continue. I'm guilty of not being clear with these terms, but I'll try to be better this year.

In the line of having more use-case driven network innovations, I also believe that there will be small waves of NFV (network function virtualization) from the telco space starting to wash into enterprise. Specific uses such as service chaining (for services such as firewalls) appear to make sense in Wide Area SDN, and various L4-L7 services. This is a probably a longer journey, since it requires many pieces to be in place, such as virtual network functions, orchestration systems, and cloud platforms, but given the clear ROI for some users, I believe this trend will continue to garner attention.

We’ll see how these predictions pan out for the rest of the year.