Nothing in IT Really Ends - Capisce? (Video) 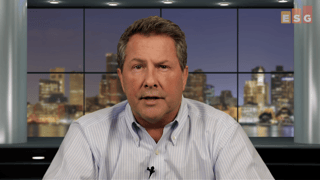 I recently spent a little time in Italy, where I realized that whether in life or IT, nothing ever really goes away.

Buon giorno. I just got back from a holiday in Italy during the hottest period over the last 50 years or so. I stood on the streets of Pompeii, which was completely eliminated from the face of the Earth, essentially, 2,000 years ago, only to be dug out in modern times. And as I stood in the streets, I saw tire tracks embedded in the stones from actual chariots, and all I could think about was that, two days earlier, I was in Rome, watching with absolute terror as cars drove way too fast in way too crowded streets through people and parked cars, with mopeds dodging in and out like maniacs with a death-wish, when it hit me, nothing really ever ends. Chariots got replaced by cars, which go much faster to many more places, but fundamentally, it's still the same as it was 2,000 years ago, crazy Italians in the streets trying to get somewhere to do something. So, what's the point?

The point is that server virtualization didn't kill the need for servers and destroy the server business. The cloud didn't and won't destroy the need to have some things on premise. Now, containers are not going to end IT life as we knew it, either. They, like the horse, which was improved by the chariot, which was improved by the car 2,000 years later, will alter the possibilities, but not necessarily eliminate the big picture. We're all still going somewhere, just in different ways. Time moves on, but we still have VAXs. We still have a massive mainframe market. We still store more stuff on tape, whether you know it or not, than on disc. Just because you don't see things doesn't mean they don't exist or won't exist. A millennial may never know what a giant room of tape libraries looks like, unless they just happen to tour a Google data center, but that doesn't make them any less real or relevant.

Now, I can't drive a chariot or write COBOL, but someone still either does, or has a new way of getting from point A to point B, and not only in the archeaological museum.