Nutanix: Not Storage and Not Hyperconverged

I attended Nutanix’s first end-user conference and it was good to hear directly from its spokespeople as opposed to the market hype we all get exposed to. Nutanix’s goal is to take complex infrastructure and make it simple. In fact, they went as far as to say they want to make infrastructure invisible. 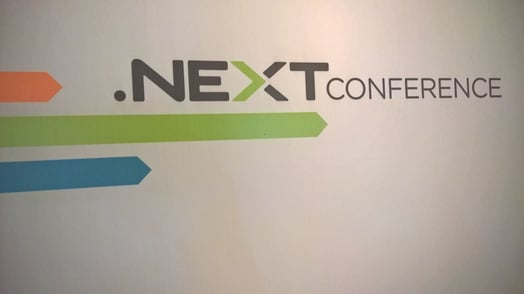 At the event, they had an impressive display of customers, which was good to see at this stage. Initially the customers may have been focused on VDI workloads, but they are now looking to do more with Nutanix and in many cases, it is at the expense of traditional infrastructure decisions.

One tactical topic they pointed out is that customers can mix and match compute and storage. This includes SSD and spinning disk and enables the customer to scale based on workload requirements.

The primary announcement centered on XCP—extreme computing platform. This included:

Acropolis – a storage control plane that now includes its own KVM hypervisor as well as continued support for VMware and Microsoft.

Prism to manage across appliances and across clouds, which includes Amazon and Microsoft Azure.

The key takeaway for me was that it reminded me of the early days of server virtualization when everyone wanted to defend physical infrastructure and resist the benefits of server virtualization. This included performance, reliability, and scalability concerns…the exact same thing we hear today in regard to any resistance around hyperconverged. The potential paths to success are very similar.

Next, we discussed in depth why the hypervisor doesn’t matter. I ran a session regarding what’s next for hyperconverged and the primary topic gravitated quickly to whether the hypervisor matters or not. There was general agreement in the session that it doesn’t and shouldn’t matter, but we also all agreed that it will be workload dependent. The topic on the economics of VMware compared to Nutanix’s approach with KVM was also discussed and while it was a hot button, I realistically still don’t see a mass exodus off of VMware happening anytime soon.

And lastly, I think the biggest takeaway for me was the opportunity Microsoft and Nutanix have to cook something up in the market together. Nutanix put some significant stakes in the ground regarding its posture with VMware, and Microsoft still has yet to find its comfortable hyperconverged shoes. The combination of Nutanix’s ambition to make infrastructure invisible and Microsoft’s hybrid cloud strategy has the potential to make a significant dent in the side of legacy infrastructure approaches. Combine this with Dell’s ability to execute and align with industry verticals such as healthcare, k-12 education, and SLED, and you have created a potential to shorten sales cycles and increase footprint.

Nutanix fully acknowledges that it has some work ahead of it. This includes additional product development, shortening the initial sales cycle, and building revenue with its existing customer base. As they execute through this process, we should all monitor them beyond storage and hyperconverged, and recognize them as a potential IT infrastructure disruptor.