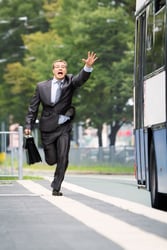 Oracle announced last week that it has entered into a definitive agreement to acquire NetSuite. It's a good move for them to acquire a SaaS vendor. According to ESG research, Oracle is not perceived as one of the top viable competitors or alternatives to Amazon AWS as a cloud infrastructure service provider, so trying to jump-start the IaaS business would have been difficult, even with the deep pockets that Oracle has.

For Oracle to attempt to catch up to the top tier providers like Google Compute Platform, Microsoft Azure or IBM, it will need to travel a long and arduous road. Oracle has certainly tried to play in the cloud game before — purchasing companies like Nimbula, and with their IaaS and PaaS offerings — but results did not materialize soon enough.

If you take the view that this is still the early innings for cloud services, then you can argue that low-level infrastucture services like compute or storage will soon be commoditized. It's worthwhile to look at higher-level offerings which may complement Oracle's strengths elsewhere in apps and data management.

Competitors like Google offer data analytics, and Amazon offers Lambda serverless computing to court developers, but Oracle's focus seems to be courting end-user customers directly with SaaS apps. (I realize it does have middleware offerings too).

SaaS apps like NetSuite are a good complement to Oracle's existing application suites, and if the back-end data and app framework is unified across its application offerings, it will be a powerful enterprise offering. If one believes that many apps will eventually migrate to the cloud, but won't happen in a single large lurch, then Oracle can use such a unified approach to offer a hybrid computing based transition plan.

Modern accounting rules, such as FASB's accounting standards for cloud computing arrangement, enables on-premises or cloud-based computing to be treated similarly, if the two arrangements are appropriately harmonized without significant penalties for switching between the two (I'll leave it up to you and your accountants to figure out how this applies to your enterprise). These rules will help ameliorate concerns of making a large investment in switching to cloud-based applications while still paying for their on-premises applications.

Firms like Microsoft or IBM, which have strengths in on-premises software seem to be well positioned to use these transitional computing arrangements, and Oracle is now getting more games pieces in place also to make that happen.

We'll see in the coming years how its portfolio is integrated to enable smooth collaboration between on-premises and off-premises (cloud) application software. Oracle is playing a long game, but it also needs to realize that this is rapidly moving game as well, and it needs to embrace these changes quickly. It may not be baseball, but more like basketball.