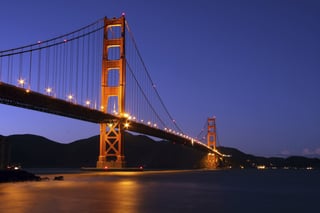 Sometimes words can be misleading – let me give an example from my background: in England a "public school" is one you pay for, and therefore what most of the world would consider private! The reason is centuries old and based in how different types of schools were established. The early "public" schools in the UK were public in as much as – unlike local free schools that were invariably tied to a manor or church - they were open to anyone with the money to pay! One of the biggest takeaways from last week’s Oracle Open World is that its use of the word “Open” – that I’d long assumed had a similar logic to those early English schools – is genuinely something Oracle is working on!

Now, let’s not get too carried away: Oracle didn’t suddenly make its database open source, but the signs of wanting to be – and indeed starting to be – way more flexible, integrated, and “IT mainstream” were definitely growing. Before highlighting a few of those, take a look at this video summary of the event that includes commentary from my colleague Nik Rouda and Chuck Hollis of Oracle, as well as me.

So,  back to some of those elements of "open," which in the video we also referred to as choice. One could argue of course that choice within, and from, Oracle alone does not yet fully constitute "open" as we might traditionally understand it....but I am taking "open" in a wider sense as well. Try these quick examples:

Again, let's not get carried away – all vendors want stickiness and ongoing success but, let's also be honest, Oracle was for decades all-too-often its own "island with tentacles." Now, however, facts like its 13% of revenue spent on R&D, and claims of being the "fastest growing scale cloud vendor" show that it is indeed all-in on cloud, and the new way of doing IT that is emerging and being adopted. If it wants to play - successfully - in that emerging arena, then more openness (together with other crucial things like security and ease of use) is both a necessity and a valuable attribute. It is making excellent strides.