Announced at a live event at the Oracle headquarters this week was a complete overhaul of the company's high-end engineered systems for the data center. These pre-integrated appliances have always been big and fast, with a big starting price to match, so it wasn't surprising to see them get bigger and faster. The interesting bit was how they also got cheaper. Or offer more price/performance value, if you prefer the spin.

If I sound skeptical, well, I shouldn't really. After all, last year I did a detailed comparison of the total costs of building a Hadoop environment that was directly comparable to the Oracle Big Data Appliance shipping then, and due to some pretty substantial savings on Cloudera licensing, well, it did indeed work in the customer's favor. This didn't even attach a dollar value to the systems integration effort of "build your own," which made it more impressive. You might argue that not everyone would choose to design a Hadoop environment that way, but our research says 21% of IT groups do indeed want appliances for net new big data initiatives, so give them what they want.

And Oracle is giving them a better deal than ever. Not limited to the Big Data Appliance, the whole line up has had a significant refresh of hardware, software, and the glue that binds it together into a workable solution. Larry Ellison and Juan Loaiza were not shy about making more comparisons against converged system offerings from VCE and Cisco UCS, as well as EMC, HP, and Dell components. The numbers were impressive. Below are a couple of (blurry) bootleg photo comparisons that put the price points in (sharp) relief.

Oracle would like you to notice they are comparing their list price against a discounted price, too. And not for nothing do they also point out the support of multiple products from multiple vendors could be more expensive and harder to navigate.

Beyond that the "better together" message holds that unique functionality can be delivered if the various components are engineered together, pushing specific operations down the stack to a the level where they are most efficiently performed. An example of this is the rebuilt Exafusion Infiniband connectivity which lets the RAC Cache Fusion speak directly to the wire, bypassing the usual networking software stack, for a claimed 3x faster throughput. Another interesting example was the ability to automatically transform a row-oriented table or database to a columnar format as it's moved into memory for analytics. Good stuff.

I will admit a slight reluctance to praise Oracle for attacking the market so vehemently--a lot of other players are doing really impressive things in hardware and software across the entire big data and data management sector, and I like to cheer for the "little guys" and competition. Yet it's hard to deny these offerings will have a distinct impact on the market. Oracle again ups the ante. 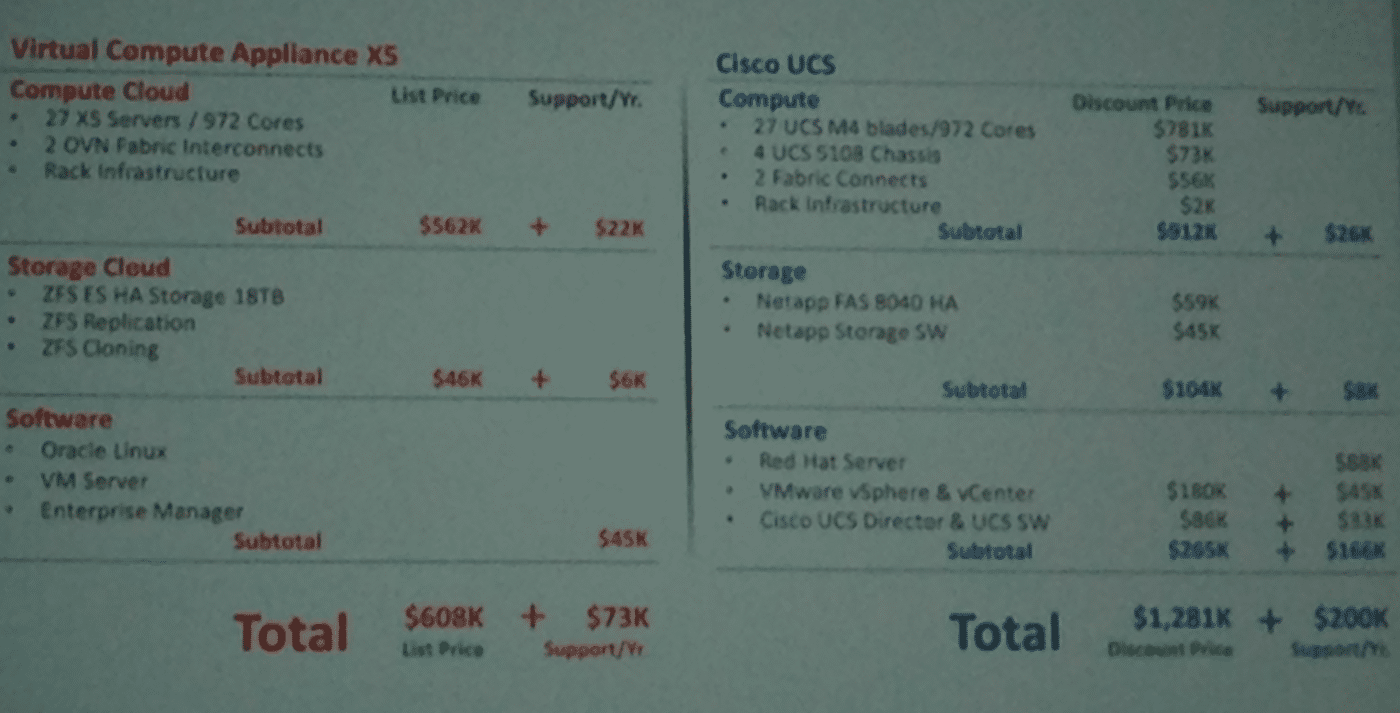