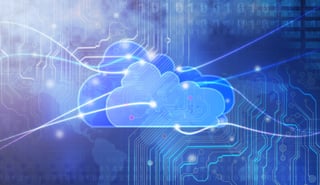 So Oracle just announced the new 8.7 version of the OS that powers its ZFS storage systems; I try to avoid writing about specific product news too often in this blog because a) you can get product news elsewhere and b) product news is usually just iterative and rarely does it contain that much deeper industry insight. But stick with me here, as this does get way more interesting than the move from version 8.6 to version 8.7 might suggest.

To give a “you are here” starting point, the ZFS platform has been improving for years now and is a storage system to be reckoned with – its lickety-spit speed just got further enhanced with added flash pools and its tight integration with all-things-Oracle makes databases and apps verily sing. While the meatier part of the news is pretty well conveyed in the new moniker Oracle is using for its offering – “Cloud Converged Storage” – even that doesn’t quite do justice to the required-data-revolution-made-manifest that is represented here.

So, the words “cloud” and “storage” together might not seem very revolutionary – after all, those words are found in close proximity on every vendors’ web pages and data-sheets. Everyone “embraces” or “enables” or “extends to” the cloud. What Oracle has done is to actually “embed” the cloud into its storage system. Now, that’s my description and not theirs, and of course it’s not literal since there is still physical external cloud storage to be used….but as far as consumption, applications, and operations go it’s all one thing. There are no gateways, no changes to any systems, no need to pay any of the onerous cloud “tolls” that many storage vendors are introducing (users are well-advised to look into these charges – which are invariably just ways for vendors to protect/replace their margin-streams). In the “Cloud Converged Storage” world, cloud storage is just an extension of your on-premises storage….or maybe it’s the other way around if you prefer! It’s one complete, malleable but integrated data-ecosystem.

So why does this matter? It’s because it’s a major fulfillment element in getting to true hybrid IT. I was writing about this recently in another blog post. You cannot even hope to have true dynamic hybrid IT without the free movement of data between systems and places. To be fair, for now this Oracle Hybrid IT is just that – an end-to-end-Oracle implementation, but Oracle has said it will expand to include other clouds. And in the meantime you get tangible benefits; for instance you can legitimately say the words “performance storage” and “cloud storage” in the same breath…..if you like cloud-style consumption Oracle is offering a pay-as-you-use subscription model (which it calls “Right to Use”)….and, since the Oracle cloud storage is to all intents and purposes native storage, there are no changes to training, security, protocols, applications, or data services.

As I said, this is not so much about the specific Oracle product as about what it means, and portends, for the storage industry. While all businesses have some wrinkles and dirty little secrets, they usually get exposed by the ingénues, the start-ups with everything to prove and some neat new way of doing things; here it is big-dog Oracle that is delivering enhanced value for its users while simultaneously exposing the limitations of alternative “norms” in the industry. The necessity for additional “plumbing” and/or exploitative “cloud access fees” is clearly both exposed and challenged by the “Cloud Converged Storage” approach. We have to get to “democratized data” to have a shot at the next stage of IT…it’s a bit like looking back at how early railroads around the globe would “protect” themselves by having different gauges (or perhaps it was genuinely accidental?….but still very limiting), and then charge additional fees if you wanted your freight moved onto another railroad. Similarly to the way in which a few railroad companies, built on standard gauges, ended up allowing free movement of people and goods across continents - and, by the way, faster and cheaper too – so we can start seeing true and literal “global data namespaces” as we begin to treat the cloud and on-premises as part of the same infrastructural whole and not separate elements to be “embraced” or “enabled.”

I have often thought that there’s an inverse relationship between the value of something and how long it takes to explain. The easier to understand - the less finesse to “get it” - then the more intrinsic value there is likely to be. This move by Oracle reflects what some other vendors are trying to do, and what even more will be forced to do. The “value proposition” of such an approach is a doddle: cloud and on-premises storage become essentially one thing, consumed flexibly and managed in a unified fashion. The elevator pitch for Cloud Converged Storage is the whole pitch.