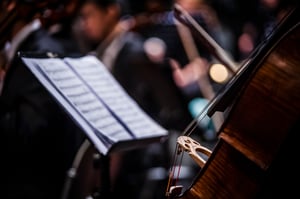 Sometimes vendors focus on the integration of their abilities, while sometimes they emphasize improvements to those abilities. Oracle’s announcements today – the free-standing, cloud-based delivery of its APEX low-code application development tool, as well as the 21c "innovation" release of its eponymous database – do both.

Let’s briefly cover what was announced before commenting on what it all means.

So, what does Oracle want you to take away from its announcements?

The improvements within both announcements are clear; so, what about the integration? Basically, this is all about getting the most out of users’ databases - and their associated data and applications of course - in as efficient and effective a way as possible. Mendelsohn and his use of the smartphone comparison made me wonder how to find a suitable added analogy to explain this; his last name made me think (albeit with the addition of an extra “s”) of Mendelssohn, the famous 19th century composer and sparked an idea: Oracle’s approach is – if you will – that of a full-blown “symphonic database,” with all the instruments of the "data orchestra" (models, workloads, tenancy) working in unison. It’s not about solo instrument sonatas, concertos, quartets, or whatever – it is instead creating an orchestral database environment, one where even you and I can pick up the APEX baton and create great, new, varied-but-integrated database-music in a highly productive way. Is this magnum opus finished? Of course not, but the movements and key themes are crystal clear, and will be music to the ears of many.