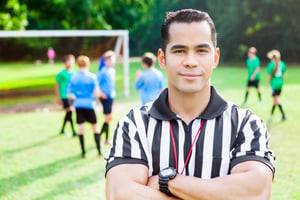 As with many Oracle product names, one of its latest monikers – Oracle Cloud Observability and Management Platform – doesn’t exactly get one’s IT juices flowing…but it should. For all the talk of "cool" modern apps, DevOps, highly distributed and sophisticated infrastructure solutions and ubiquitous AI/ML, the fact of the matter is that –for all these things– users still need to know what’s going on in these increasingly complex ecosystems. It’s like crossing a road: it doesn’t matter whether the vehicles are horse-drawn, pedal-, gas-, or electric-powered, you still need to look both ways before deciding when to step off the curb (or “kerb”…but more on that later).

There’s an old adage that “you cannot manage what you cannot measure.” Or, to put that in contemporary IT terms, ”you cannot optimize what you cannot observe.” Of course, the essence of that statement is not new or controversial; however, like many “basic” things across many fields of human endeavor, we end up accepting it being done sub-optimally. In IT organizations, that means monitoring and management has remained piecemeal, with different vendors offering specific tools for their own environments –or perhaps just a few other “houses” on their “streets”– or for a given set of similar items from different vendors. Even the big dogs of the systems world and the emerging hyperscale cloud vendors tend to stick pretty much to their own swim lanes.

The problem with all this is that IT is an increasingly hybrid, distributed-but-integrated, and complex endeavor, both on and off premises; with burgeoning scale, applications, data, devices...and vendors. Modern applications frustrate most legacy monitoring solutions as they are ephemeral, with services being spun up and down in mere seconds, which makes it difficult for solutions that capture data at every 15, 5, or even 1-minute intervals. To be effective, data needs to be collected and processed in real time. And anyhow, if each vendor provides its own observation and management tools, that’s just more tools in the IT shed and more complexity to manage. While every vendor will shout about the simplicity they offer, the truth is that piling simplicity upon simplicity creates complexity! And it’s a level of complexity that all-too-often exceeds human capacity to effectively manage and troubleshoot problems using the traditional, siloed tools. ESG research* finds that, overall, 64% of respondents say IT is more complex than just two years ago…but, maybe somewhat counter-intuitively (until you really think about it as “compounded simplicity”!), organizations with mature digital transformation initiatives are over 3x likelier than those with no DX initiatives (29% vs 9%) to say IT is significantly more complex. In other words, the more advanced you are IT-wise, the greater the management challenge!

Let’s use an analogy of soccer, or whatever your favorite team sport might be. Imagine playing it if the number of referees equaled the number of players! Oh, and let’s also note that those referees don’t all speak exactly the same language; nor do they have the same phrasing (some might say “off-side” while others say “not on-side”)…and each of them has their own set of cameras so that their views of things vary (for those that watch things “under review” in the US or going to the VAR – Video Assistant Review – in other geographies, you’ll know how complex just one set of “observations” can get!). Moreover, some referees and videos concentrate on attackers, some on defenders, some on just goalkeepers or penalties. It all adds up to multiple observations, no ability to have a “single truth” coordinated view, and clearly no integrated way to referee – i.e. manage – the game. It makes for an amusing picture; but it’s not so amusing when it’s your IT and your business: The need to constantly bring all the refs together to discuss a ruling slows down the game: and, worse for you, it costs your business money. Issues need be sorted out quickly and efficiently, before you hear from your users or customers.

And yet, frankly, that analogy has been –and remains, to a greater or lesser extent– the state of play (pun fully intended!) for IT observability and management. It’s akin to not getting all the traffic information accurately because we diverge on spelling “curb” and “kerb,” and then not having all the available information to optimally decide whether it is safe to step into the road.

OK, so what’s Oracle doing to change things? This is a blog and not the place for a zillion details, but the essence is that the newly launched Oracle Cloud Observability and Management Platform is a pretty sexy answer to this long-term vexing issue. It gives organizations a level of “arms wrapped around everything” control, based upon its single source of truth and comprehensive visibility. It is cloud-based and works across applications, infrastructure, and logs, whatever the tiers and whether on- or off- premises…it works across the Oracle Cloud and multiple other clouds….with cloud-native and traditional technology stacks…its standards-based data exchange and collection means it can seamlessly cover ecosystem-heterogeneity…and it delivers knowledge to support decisions and management via a single-pane-of-glass. Instead of operating myriad point-products to do all these things (the infamous “swivel-chair management”) the Oracle platform does the integration and interpretation for you, pointing out opportunities for risk mitigation and IT improvement. For IT management, one of the most valuable changes is the transition from reactive to proactive and ultimately to predictive intervention – fix the faults before they occur – or at least before anyone knows.

This is an area that has been crying out for change. To some degree Oracle was motivated towards it because –being a mix of a sophisticated systems vendor, a huge internal IT organization, and a cloud operator– it has experienced this issue directly….operating tens, if not hundreds, of monitoring tools on behalf of itself and its clients. As the product team at Oracle puts it, “this is a new product, five years in the making!” After developing and using this solution internally, it now it has the platform, and its granular data collection—completeness and competence will grow via AI learning, further development, and access to the essentially unlimited data that Oracle can collect and use to make its algorithms ever-more-accurate.

Prior efforts to address this IT challenge have focused on “monitors of monitors” – these are essentially some larger umbrellas erected over some smaller umbrellas – they can be effective at somewhat reducing the complexity (there are – going back to our sports analogy - fewer “referees” to talk with directly), but they do little to add insights and drive IT management optimization. And the “IT rain” can still cascade through. The value and differentiation of the Oracle approach is that it is one huge “virtual marquee” over everything. Everything stays “dry!” Or, in plain English, it is capable of providing a single operational truth as the foundation for targeted management. Indeed, ultimately, its point is to be a useful optimization tool; it is about the users’ applications and not the algorithm, and – whatever the “smarts” behind it – it doesn’t require a data scientist to use it.

What else is there to know? Oracle’s keeping the solution open in terms of ingest and exchange…capabilities that’ll help to integrate the solution with your existing environment. It’s a chargeable tool; but, frankly, it’s so important and valuable –and likely to reduce your costs compared to doing things the old way– that you wouldn’t want it if it was not! Plus, unlike some other providers, Oracle doesn’t penalize you for data movement to other services or third-party observability tools. And, finally, some of you reading this might be surprised at Oracle’s involvement in, and embrace of, things outside of the “big red stack”…but that’s probably a reason to go do a bit more reading-up on the general, pragmatic changes that are underway at Oracle. The bottom line is that Oracle’s new observability and management offering – with its side-to-side, up and down the stack, end-to-end, fully-integrated, anywhere-anything IT visibility, that’s designed to deliver anomaly-predictability and optimization-insights – is well worth looking at.