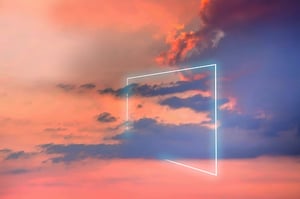 When ESG began discussing the elastic cloud gateway (ECG) architecture in July, one of the key questions we were asked centered on SD-WAN and the importance of the convergence of networking and security. The short answer is that while strong integrations between networking and SD-WAN functionality and security capabilities are clearly necessary, partnerships will be the predominant route for the next few years. Sure, there are vendors that will provide both, be they someone like Cisco that has both networking and security capabilities, or smaller upstarts like Cato Networks. But our feeling was that those would be the exceptions, not the rule.

That expectation hasn’t fundamentally changed, but Palo Alto Networks has shown why it’s one of leading security providers in the market by moving quickly and ahead of the market. The vendor used it’s Ignite ’19 Europe cybersecurity conference in Barcelona to announce some major additions to its Prisma portfolio, including SD-WAN and DLP capabilities that further build out its ECG architecture. Specifically, four announcements were made:

Palo Alto Networks was in a strong position to deliver SD-WAN functionality due to its network security chops. With existing abilities to create overlay tunnels via VPN, identify traffic destination and applications, and enforce security and routing policy, adding SD-WAN capabilities such as path metrics and selection was a shorter hop than it will be for other providers. The additional capabilities provide a differentiator from pureplay security providers while at the same time maintaining a partner ecosystem to support customer choice.

That said, I think the addition of DLP capabilities are really the major move here. ESG has highlighted content inspection to provide data visibility and control as one of the core tenants of an ECG architecture. As the perimeter dissolves and user, application, device, and location information are used to determine entitlements, data context must also be included to better align security policies to business intent. Considering the recent track record of acquisitions, it’s worth noting that Palo Alto developed this technology in-house by bringing in a veteran data protection team. The fact that Palo Alto Networks is now in the DLP business should provide a shot in the arm to some of the existing players to drive innovation around the ECG architecture and press their current advantage.

ECGs represent a re-platforming of the network security stack to better align with updates to enterprise networking architectures, which better enable cloud usage and the increasingly distributed enterprise environment. It will be an extremely competitive space as vendors with networking, web and cloud, network security, and/or data protection expertise vie for the same mind and wallet-share. With the addition of DLP and SD-WAN capabilities, as well as expanded management options and strong SLAs to go with an already broad portfolio of cloud solutions, Palo Alto Network’s narrative is as strong as anyone’s in the ECG race.