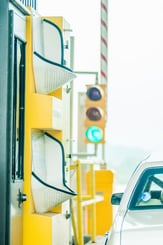 Most enterprises treat networking equipment as a capital expense. They purchase it, along with some maintenance and support, and depreciate it over several years until it’s time for an upgrade. The majority of the expenses in the first year are capital expenses and the rest are OpEx for support. There are some methods for leasing equipment that enables payments spread out time, but traditionally, enterprise networking equipment has been purchased like cars, through up-front payments.

Today, networking (along with the rest of IT) is transitioning to a consumption-based model like cloud computing or SaaS. Thus, there are some changes under way to alter the traditional methods of purchasing networking equipment. One is a standardization of leasing arrangements, and the other one is turning network solutions into a service via the cloud.

Leasing has been available for networking equipment, as it has been for other capital equipment; major networking equipment makers such as Cisco have offered these forms of financing. However, it requires contract negotiations, so it’s often not convenient for small organizations or companies that purchase via resellers. As an alternative, Brocade offers its Brocade Networking Subscription that turns these one-time payments into recurring payments and the arrangements are standardized SKUs that can be packaged and sold through distribution channels, making them accessible to many sizes of organizations that want to turn these expenses into OpEx.