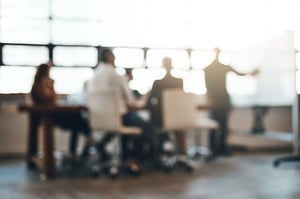 A couple of weeks ago, a company called Pensando came out of stealth mode in NYC. It was formed from what the chairman of the company, John Chambers, is coining “a different kind of 20 somethings.” Indeed this is not a typical Silicon Valley, hoodie and sneakers wearing 20 year olds' startup, but rather one that has founders with 20 something years of delivering innovative and disruptive technologies time and time again (think Andiamo, Insieme etc.). They are all ex-Cisco senior executives, Mario Mazzola, Prem Jain, Luca Cafiero, and Soni Jiandani, colloquially referred to as “MPLS.”

Mr. Chambers has always had the ability to see the major market inflection points and put his company in a position to prosper from it. I think we can all agree he did that very effectively while at Cisco. As a result, I expect most will take notice now when he explains that the next major shift is to the new services edge. Nor should anyone be shocked that that this new company has innovative and disruptive technology to address this space.

Also, unlike many typical silicon valley startups, this one stayed in stealth mode until its third round of funding. The first round came exclusively from the founders, the second from interested customers, and the last from go-to-market partners and a lone VC. Clearly, with the founding team’s resume (remember all the Cisco spin in companies, etc.), securing money will not be an issue for this company.

So, what does Pensando actually do? According to the team and published materials, they have developed an edge services platform that consists of distributed a services card and controller. The card employs a software stack on custom programmable silicon (system on chip) that replaces a number network and security appliances and reduces overhead on server CPUs. Upon first hearing about this, it reminded me of the days with TCP/IP offload engines on a card, but with way more power. Think of this solution as a cloud offload engine that enables organizations to obtain superior levels of scale and performance than if they were using AWS with a Nitro Card, but that can be deployed on any cloud or customer location. Pensando claims these cards deliver a ~five to ~nine x performance bump at scale and only consume one-third the power.

Leveraging a P4 programmable chip set, the distributed service cards, named Naples, can be deployed in any server in any location and are controlled via a centralized controller, named Venice, that can create centralized policies and enforce them at the edge (Naples cards). In addition to providing the ability to observe at the edge, these cards will deliver a number of functions out of the box, such as load balancing, stateful firewalls, micro segmentation, encryption, storage services, and telemetry. Consider these day one services with the expectation that there will be more to come.

Do they have any proof that any of this actually works? Yes, as mentioned, they have customers as investors and in the coming out party, several of them took the stage to proclaim the value of these cards that range from faster troubleshooting to cost savings that went well into the seven figure range.

Again, unlike most Silicon Valley startups, Pensando also has significant go-to-market partners (who are also investors) at launch. These are household names like HPE, NetApp, Oracle, and Equinix to name a few. And we have been told there may be more coming. And keep in mind that with 20 somethings like MPLS and John Chambers on board, it is safe to say these are all top of the company executive relationships.

Essentially the team at Pensando claims it has created technology that will enable cloud service providers (other than AWS and its Nitro card) as well as enterprises to create highly performant and scalable solutions leveraging its distributed service cards in the cloud, in on-premises data centers, or at the edge.

I am looking forward to following the progress of Pensando as it adds more go-to-market partners, gains additional customers (that are not investors), and can validate the performance claims. I don’t anticipate this will take long, given the relationships with HPE, and its major initiative to deliver cloud as an experience, leveraging its GreenLake consumption model. This solution from Pensando will certainly help to make that real, and HPE servers with Pensando can be used to power public clouds, on-premises data centers, and edge environments. This is going to be fun to watch unfold and if past performance is any indicator of future success, this 20 something enterprise startup is well on its way to becoming a highly disruptive force in the tech market.