Pushing Database Performance to the MAX 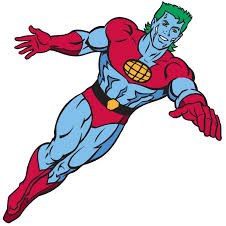 At the time of the first VCE announcement, I was an EMC employee. The announcement sounded too good to be true. “So you’re telling me we’re combining leaders in storage, virtualization, and networking and we’re going to make a super product? Awesome!” I was new to technology and at the time I didn’t have the exposure or the knowledge to understand what they were doing and why they were doing it. VMware, Cisco, and EMC obviously knew a target market existed, but didn’t have the resources to do it alone. I like to think their mindset was similar to a famous quote from a childhood cartoon I grew up with, Captain Planet…“With our powers combined…”

Since leaving EMC and becoming part of the ESG team, I have been exposed to various VCE products and most recently we tested the Vblock Specialized Systems for High Performance Databases. My first thought was “Wow, VCE has come a long way.” They have had success with their generic Vblock systems, so it only makes sense that they start creating specialized systems for niche areas of the market. For the specialized systems, they appeal to an organization that needs to meet exceedingly high performance, availability, and reliability requirements in high performance database environments.

So what do I mean when I say “exceedingly?” I’m talking eight Oracle RAC servers driving more than four millions IOPS, 30 GB/s throughput, and barely hiccupping if something goes wrong. The full report is available on the ESG website, but some of the highlights include:

• More than four million IOPS and 400 microsecond average response times for OLTP workloads.
• Around 32GB/sec throughput while performing table scans.
• Continuously maintaining high levels of performance in the event of simultaneous component failures at all levels of the system, including the loss of an entire RAC server.
• Full recovery of a corrupt database in just minutes.

My increased exposure to various data center technologies has allowed me to appreciate at a deeper level what VCE has done. From its inception, VCE was a cool idea. It still is a cool idea. But it’s actually not an idea anymore: it’s an established company with a growing list of product offerings that address real challenges faced by IT. Think about it. Combine the three major aspects of the IT infrastructure: storage, networking, and compute; pre-build it for a customer based on some kind of reference architecture; and then ship it to a customer ready to deploy. ESG has actually coined the term integrated computing platform to describe this simplified, pre-built approach.

Think it’s too good to be true? It’s really not. Of course there are always some customization things that get factored in, but for the most part it truly is that simple. Tell VCE what you want, and they do the heavy lifting for you.