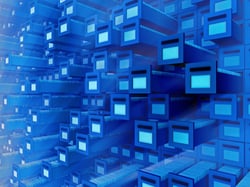 I was impressed with the demeanor of Edward Screven, Oracle’s Chief Corporate Architect, as I watched him deliver the public announcement on August 10, 2021 of the availability of MySQL Autopilot, a new extension to the MySQL HeatWave service. While he had a great story to convey, he somehow managed to do it without overt hubris. Sure, there were plenty of impressive claims, incessant and exceedingly flattering competitive comparisons, and a pitch devoid of small-print caveats, but through it all, he remained resolutely matter of fact. Why did that impress me?

More on all this later (both the numbers and the puns in the title), but let’s quickly turn to what was announced. There are myriad new services together with Oracle’s own website where the full details exist, but here’s just enough to give context: MySQL Autopilot is a new addition to Oracle’s MySQL HeatWave service—the in-memory query acceleration engine for MySQL Database Service in Oracle Cloud Infrastructure. MySQL Autopilot uses advanced machine learning techniques to automate HeatWave, which makes it much easier to use and significantly enhances performance. Into that mix, Oracle has enabled HeatWave to run on commodity cloud infrastructure using inexpensive VMs and storage and standard ethernet—all of which significantly boosts its comparative price and performance as well.

The performance numbers are staggering—mixing Oracle’s test results together with endorsements from those users highlighted in the event announcement—one sees improvements ranging (depending on the workload and competitor) from a mere (!) 7x to 1000x or more on speed, combined with costs that are reduced by 30-80%. There’s one comparison that actually showed Oracle with a similar cost to the competitor, but Oracle was 18x faster! The raw numbers certainly grab the spotlight, but it’s the behind-the-scenes ML automation that’s delivering the drama. Autopilot handles intelligent data placement, tuning, provisioning, encoding, and load times; optimizes what queries are run when; and learns from everything that has gone before. In HeatWave, everything is also always encrypted automatically and with no opt-out, so there’s no need for a second OLAP database, ETL activities, or application changes, and scalability just got a big bump too. Indeed, with all this ease, completeness, and sophistication, matched with performance, security, and reliability, Oracle is giving MySQL capabilities that are bumping up against Oracle’s eponymous database…but that’s something Oracle’s not too bothered about, as being able to serve and retain all sorts of clients is the name of the game in today’s hybrid IT world.

Back to my title—the “record-setting” HeatWave is easy enough to decipher given Autopilot’s automation and scalability enhancements. But the “whether” forecast? Well, whether you’re interested in the particulars of this announcement will likely depend on whether you are already in the MySQL (and its equivalents) type of space and whether you have workloads that will benefit (to be fair, most will). And whether you care to be accepting of, or skeptical about, the dramatic price and performance benefits Oracle claims really doesn’t matter, as Oracle is publicly posting the benchmarks’ files and scripts so you can test everything yourself. Whether you apply a pinch—or a whole bag—of salt to your interpretation of what benefits you could derive, you’re probably looking at a generous order of magnitude price and performance advantage over alternatives you might be using or considering. That’s not a bad forecast to deliver to the CIO or CFO; just try to match Edward Screven for understated bravado when you do!