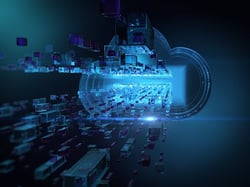 Red Hat held its Red Hat Summit 2017 in Boston recently and took advantage of the show to clearly lay out its hybrid cloud vision. Red Hat has been the undisputed leader of commercial Linux but its position in cloud has been complicated by all the different solutions it has on offer. In the past couple years, Red Hat has invested in OpenStack, OpenShift, containers, CloudForms, Ansible, and Insights. All these products are strong offerings but what Red Hat lacked was a more cohesive message around how all those products work together for customers.

In laying out its hybrid cloud vision at Red Hat Summit, Red Hat landed three key positions: First, the preferred platform for hybrid cloud is Linux based, spanning from on-premises servers to Linux containers to multiple cloud platforms, including OpenStack and hyper-scale cloud providers such as Amazon AWS and Microsoft Azure. The use of Linux and other open source technologies is driving the evolution of products that support hybrid cloud, and Red Hat is staking its claim on being the leader for Linux and other open source technologies in the space.

Finally, Red Hat is clearly focused on being a supporter of multi-cloud hybrid cloud. This mean becoming an enabler and connector of services across AWS, Azure, OpenStack, and other cloud platforms. Red Hat products are increasingly focused on supporting a variety of application endpoints, especially from within its own management stack. By leveraging technologies like Ansible to drive consistency across its management stack, we are starting to see Red Hat connecting and unifying its management technologies.

Red Hat supported its hybrid cloud vision with a number of announcements. From a platform perspective, Red Hat announced Red Hat OpenStack Platform 11, which has better integration with Ceph and CloudForms, as well as announcing the availability of Gluster storage and OpenShift in AWS. For applications, Red Hat unveiled OpenShift.io, a free to use cloud based container development environment. OpenShift.io provides a complete online Kubernetes development platform for developers to take advantage of. For management, Red Hat delivered on the promise of its Ansible acquisition in 2015, laying out plans to integrate Ansible throughout its product line, including Enterprise Linux, OpenStack Platform, OpenShift, and its management products, giving a single enterprise automation platform. This vision starts with the integration of Ansible playbooks into CloudForms and Insights, both of which are available now.

Overall, it was a very impressive show for Red Hat. Red Hat has long had all the tools to deliver a class leading hybrid cloud story and with the announcements made at Summit 2017, we are starting to see Red Hat deliver on both its vision and execution of that story.