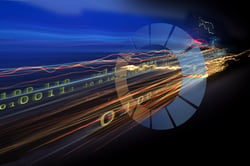 Dell recently announced its intent to acquire EMC at approximately $33.15 a share, for a total transaction price of $67 billion. Upon first hearing of this deal, the ancient proverb, “fortune favors the bold,” immediately came to mind.

This is a massive deal, and while some will say it is too risky, I would argue that the industry conditions have shifted to where it might be more risky for Dell and EMC not to make this move. The IT industry is in the midst of a massive upheaval. The merger makes both companies stronger than how they might have been apart.

Highlighting some of the obvious impacts, this deal greatly increases the number of technologies, products, and solutions available to the newly combined company, well exceeding what either firm could do alone. In addition to a broader portfolio of products and solutions, the combined entity should appeal to a wider range of companies as well. Dell historically has found tremendous success with small and medium businesses, while EMC has been a staple in the large enterprise space. Beyond the obvious benefits, however, this deal says a great deal about the future of both the storage and the IT industries. I have highlighted a few of my takeaways below:

The future of storage will be dramatically different from today

As more storage technology transitions to software-defined-storage architectures residing on commodity hardware, the way that storage is delivered, deployed, and consumed will change. For those who look for converged or hyper-converged solutions, this merger looks like a perfect match of software and hardware providers. This storage evolution, however, is taking place not only inside but also outside the data center.

From EMC’s perspective, it would not surprise me if it saw Amazon as its most formidable competitor for the future of data storage. Competing in a cloud-driven industry requires low-cost and flexible hardware infrastructure (which Dell can provide), while EMC offers an innovative and feature–rich storage software portfolio. The newly-combined firm will likely be better enabled to deliver end-to-end solutions both for on-premises and hybrid cloud environments.

EMC will be taken private as part of the move, while VMware will remain as a public company. I speculate that EMC found the opportunity to take the business private and continue its transformation away the ever critical, and sometimes activist, eyes of Wall Street a strong incentive for the deal. The shift away from traditional storage solutions to deliver a portfolio for the future will likely require a continued reshuffling of the business. All of which will likely be much smoother outside of Wall Street’s gaze.

Moving data ever closer to the application

As mentioned before, the storage landscape is changing, likely in a dramatic fashion. Technologies are evolving to store data ever closer to the processor. Dell’s server portfolio provides EMC’s software technology an excellent vehicle for both converged and hyper-converged solutions. I would also expect several announcements regarding EMC’s DSSD technology coupled with Dell’s server hardware to follow shortly after the merger is completed.

While there is much to like about this merger, there are, however, a few potential challenges that I am very interested to watch over the next few years:

One of the benefits of the merger is that the two firms have very different strengths and skill sets. However, these differences have led to two radically different cultures. EMC is more known for research and development and the high enterprise, while Dell looks to be focused more on the supply chain and operational efficiency as well as the small to mid-market space. While it is difficult to quantify the impact of business culture, any substantial differences may limit some of the financial synergies the combined business could achieve as well as may delay some initial combined development activities. It is important to note as well that these two companies have a history of partnering and then separating. This particular deal looks to be permanent, but this point supports the case that interactions between these two firms have generated tension in the past.

I assume that even for Michael Dell, $67 billion is a large figure. And as Meg Whitman pointed out, the interest could easily be $2.5 billion a year. That being said, EMC can generate that amount of cash. Additionally, Dell has reportedly done an excellent job of paying down the debt incurred when taking Dell private. If the economy hits some rough waters, however, the combined firm might be forced to shift funds from future innovation to pay down debt. We may even see the combined firm spin off some divisions in order to pay off significant portions of the debt in the future.

If anything, this merger is further evidence that the IT industry is changing. This merger offers both Dell and EMC a better platform from which to compete in the era of cloud technology. I see this as a win for both Dell and EMC, and ultimately the customer.