SD-WAN Should Not Be a Scary Thought 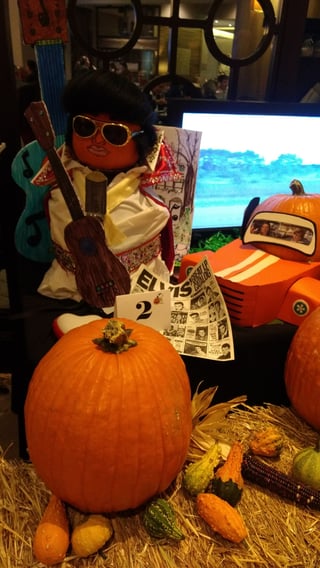 Despite the hoopla related to SD-WAN, the concept is still alien and scary to many network service providers.

At a panel discussing SD-WAN at INCOMPAS 2017 (speakers by Multiapplied Communications, TPx Communications, VeloCloud, and Windstream; chaired by Dave Malfara, CEO, ETC Group), the speakers asked the audience "Who here is very familiar with SD-WAN?" Only a few hands went up.

The issue is that many of the people in the audience have businesses selling the older technologies that are being supplanted by SD-WAN, such as MPLS circuits.

But they know that changes are afoot. The title of the panel was "SD-WAN: Killer App in the Making." Are they resisting change, embracing change, or just plain confused?

I have a feeling that it's the "confusion" part since SD-WAN is so ill-defined. Is it software, devices, or the network? Or all of the above?

I bet you know the answer.

Underlying this is a key concept that is to be read between the lines: SD-WAN is not just software or code. It's also the network (the "N" in WAN). Therefore, the concept of a "network as a service" can only be provided by a combination of core WAN network technology (code), some cloud or service-provider hosting capability (the service), and a reliable, highly performant network (the network part, which we of course can't neglect).  And let's not forget the edge device, which can be a branch router, a new-age WANOPT device, or perhaps an x86 box that runs a VNF.

Also, in fairness, note that some SD-WAN can make up for some deficiencies in a multi-link connection network by steering traffic dynamically from crappy networks toward a better one. But if all circuits are bad, you're out of luck. If you're given lemons, you cannot make lemonade in this case. So the network matters, all else being equal.

There will be large companies willing to stitch together a WAN with dozens of network providers, devices, orchestrators, and endpoints, and then a resulting mess of tons of service contracts, support points of contact, SLAs, and other annoying things. But many others can go with a single service provider who just says: "Come to us. We'll deal with it for you." Goodbye, headache.

Does that leave a space for the SD-WAN technology vendors? Of course it does. Firms like Multapplied or VeloCloud (panelists at talk) are focused on providing their technologies via the service provider channel. So are the other firms—including Cisco, Citrix, CloudGenix, Juniper, Riverbed, Silverpeak, and a multitude of other SD-WAN vendors that are too numerous to list—also looking to work with service providers?

Firms such as GTT are willing to bet that the breadth of their network combined with technology from firms like VeloCloud is a way to combine core technology with the strength of the network. The same goes for major tier-1s, such as AT&T, Comcast, Cox, Sprint, and Verizon, who will or have chosen SD-WAN technology partners. Other firms like Aryaka are also working to find a place by leveraging their network.

I strongly believe that SD-WAN is still (in the baseball parlance) in its early innings. The acquisition of Viptela by Cisco has led some to say, "It's now in the seventh inning stretch," and it's time for consolidation. I disagree. There are many changes coming, and confusion will continue to reign for a while. There are too many vendors trying to stake a claim, each touting its advantages.