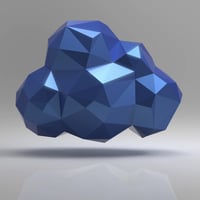 This week, Seagate Technology announced its intention to acquire Dot Hill Systems Corp. According to the press release, Seagate plans to commence with a tender offer for all of the outstanding shares of Dot Hill in an all-cash transaction valued at $9.75 per share. If you do the math, that will equate to approximately $694 million. Dot Hill does, however, have approximately $49 million in cash, so the deal reflects a value of $645 million. Depending on how you project out DotHill’s revenue for the rest of the year, the acquisition price reflects around 2.3X to 2.6X revenue. As far as prices go, this one can be considered affordable or expensive depending on which other acquisitions you use as a comparison, so I guess that means it is probably a reasonable price.

The move makes sense for Seagate on a number of levels. Earlier in the year, I wrote in my predictions for 2015 about the potential of vertical integration enticing more storage component and drive manufacturers, such as Seagate, to expand into the system space. Vertical integration, for those not familiar with the term, is the idea that by having one firm manufacture both the storage systems and drives that are deployed inside those systems, the cost of the combined solution should be less expensive. In other words, Seagate should, in theory, be able to deliver storage systems at lower price points. That low cost storage price point is becoming increasingly important, especially when trying to sell to the cloud provider space. As cloud providers like Amazon, Google, and Microsoft all vie for dominance, prices to end-users continue to decrease. These decreases place pressure on cloud providers to find less expensive options for their infrastructure.

Seagate is intimately aware of these market dynamics. In recent years, cloud providers have been directly engaging firms, like Seagate, that traditionally served as component suppliers to server and storage companies. Direct exposure to the business potential of the cloud infrastructure market has to be enticing. While multiple reports and forecasts on the size of the storage infrastructure market for cloud providers exist, there looks to be a consensus that it could easily surpass $10 billion currently. As an example, here is a line from Amazon’s July 30th, 2015 quarterly report on investments in technology infrastructure for AWS, “Cash capital expenditures were… $2.1 billion and $2.4 billion for the six months ended June 30, 2015 and 2014. This primarily reflects additional investments in support of continued business growth due to investments in technology infrastructure, the majority of which is to support AWS, and additional capacity to support our fulfillment operations.” The takeaway of that statement for me is that if just one—albeit a large one—cloud provider is spending anywhere close to $2 billion in six months on technology infrastructure, it doesn’t matter what forecast number you choose. The market is big.

With Dot Hill’s comprehensive product set of storage systems and software, Seagate should be better equipped to capture a larger piece of that cloud infrastructure pie. The bottom line is that as the battle for cloud dominance heats up, so does the battle to supply the infrastructure to the cloud. And Seagate is strengthening its position.