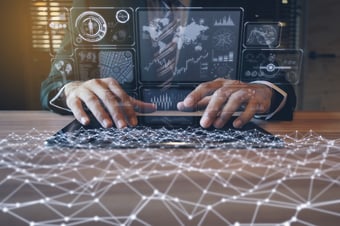 I first came up with the SOAPA concept in late 2016. Here’s the blog I wrote in November of that year describing the architecture and its rationale.

As a review, SOAPA is a bottom-up architecture featuring a:

So, what is SOAR? SOAR stands for security orchestration, automation, and response. Vendors in this space include D3, DFLabs, Demisto (now part of Palo Alto Networks), Invotas (now part of FireEye), Komand (now part of Rapid7), Phantom (now part of Splunk), Resilient (now part of IBM), ServiceNow, Siemplify, and Swimlane. As the term states, SOAR tools are designed to help organizations automate security operations processes, many of which are completely or partially manual today.

How does SOAR compare with SOAPA? SOAR is a product category while SOAPA is an architecture made up of many product categories. SOAPA is designed to facilitate efficient and effective data collection, processing, sharing, and analysis. When security analytics tools (and analysts themselves) reach an “aha moment,” SOAR tools (aka the security operations platform layer within SOAPA) can take over as a security operations workbench to enable further investigations, delegate tasks, automate remediation actions, orchestrate amongst diverse security controls, etc.

Simply stated, SOAR is a layer within the SOAPA architecture.

While I’m on this topic, I have one last thought. There is a consensus among the infosec pros I speak with that the term “SOAR” itself is a misnomer. Why? As security guru Bruce Schneier would say, “security is a process, not a product.” Similarly, the SOAR term focuses on the technology directions of security operations processes rather than the processes themselves. To me, that’s like characterizing home construction operations through a lens of hammers and nails – it just doesn’t capture the big picture.