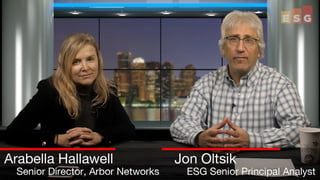 In part 1 of this SOAPA video, Arabella and I discuss:

My observations of the market certainly parallel Arabella’s. Organizations use SIEM to anchor security operations processes while network security analytics are critical for investigations. The two technologies complement each other, providing part of the rationale for integration and SOAPA.

Look for more words of wisdom from Arabella and Arbor in Part 2 of our SOAPA video soon.