Social Media and the Agile Business

There once was a time when companies had to "wait and see" if a change in a product or service would prove profitable or not. Back in 1985, the Macintosh had just debuted the year before, the IBM PS/2 was still two years away, and - perhaps most infamously in the annals of business - Coca-Cola introduced "New Coke". It took three months before the company announced they would bring back the original formula as "Coke Classic," and even longer for it to return to store shelves. New Coke survived in some form until 2002, some 17 years later, before finally disappearing from the market.

Today, with the widespread adoption of social media and big data analytics, customer feedback can and does happen at lightning speed, impacting decision making faster than ever before. Consider the following examples from the past year:

On April 12th 2011, Apple introduced the latest version of its video editing software, Final Cut Pro X, to less than favorable reviews, and the social media backlash began. To be fair, it was a completely rewritten application compared to the previous version, and even the price was lowered, but that didn't seem to matter to users who noticed many of their favorite features were no longer there, and it was panned by professionals who called it a "consumer grade" downgrade. Even Conan O'Brien got in on the fun, with a skit titled "Conan's editors absolutely love Apple's new Final Cut Pro X". While Apple tried to defend its product at first, by the end of June it began quietly offering refunds to anyone who purchased the product and was not happy, something Apple almost never does.

On July 12th 2011, VMware announced changes to its licensing, and I recall seeing immediate and numerous complaints appearing on Twitter and elsewhere, to the extent that within hours a new hash tag started trending - #vTax. To its credit, VMware was paying attention and listened to their customers, and announced a revision to the new policy on August 3rd in response to the uproar.

On August 18th 2011, then Hewlett Packard CEO Leo Apotheker announced (among other things) that it was "exploring options" to possibly sell its personal computer division. The uproar from industry analysts, customers, and shareholders was deafening. In just over one month, Leo was out and HP had a new CEO, Meg Whitman, who announced about one month later that HP would be keeping its personal systems group after all.

On September 18th 2011, Netflix CEO Reed Hastings, after previously announcing a price increase July 12th which also didn't go over well, attempted to explain the decision by announcing it would be spinning off its DVD rental business as "Qwikster," separating it from its streaming service, effectively splitting the company in two. While some thought this decision should be applauded, it soon became apparent that this plan wasn't exactly well thought out. The name "Qwikster" for example, was already in use on Twitter, and in the following days at a press conference, Mr. Hastings admitted that customers would need two accounts, receive two bills each month, and the two services would have two different websites that apparently wouldn't talk to each other. The outrage that began showing up on the internet's social sites was stunning, both in the massive volume and sheer rage of customer postings. It didn't help Netflix's already slumping stock price either. On October 10th, less than a month later, it was announced the plan to split the company was dead, and in December it was revealed that Hastings would take a 1.5 Million dollar pay cut.

Tech companies are not the only ones hearing the social roar. For example, the United States Congress more recently introduced bills intended to curb online piracy - SOPA (Senate version) and PIPA (House version) that were met with tumultuous outrage on the web, and even companies that supported the proposed legislation were met with online protests, boycotts, and even attacks from hacking groups. GoDaddy, Sony, Nintendo, and others dropped support for the bills in light of the backlash. Even Congress itself relented and "shelved" the bills for now. If all of the above does not convince you of the effectiveness of social media, a few statistics: 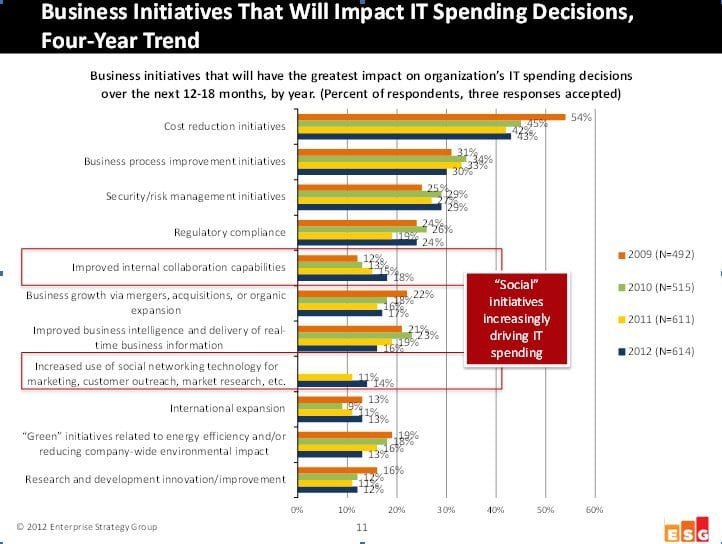 Some may say that social media is merely a public bullhorn, or, in the case of corporations, just a new media for advertising, but it's really about a conversation. People are talking, and it appears smart companies are listening, and joining the conversation. Your customers have, so why not say hello?

May 13, 2012, After being pummeled by customers and security experts for telling users to spend hundreds of dollars on upgrades because it wasn't going to patch critical bugs in older versions of its software, Adobe has reversed course. The company will now fix the eight vulnerabilities in the one-year-old Illustrator and Flash Professional CS5.5, and the two-year-old Photoshop CS5, an Adobe spokeswoman said via email late Friday. There will be no charge for the updates.

Neither the response team nor the Adobe spokeswoman gave a reason for the change, or even acknowledged the brouhaha prompted by the firm's earlier announcement.

May 16, 2012, Speaking at the J.P. Morgan Technology Media and Telecom conference today, Verizon Communications CFO Fran Shammo told investors that the company's 3G unlimited data plans that customers were allowed to hang onto last year when Verizon switched to a tiered offering will soon go away entirely. Instead, the company will migrate its existing and new 4G LTE customers to a new "data share plan."

Verizon Wireless stirred up a hornet's nest of sorts when word got out earlier this week that Big Red was planning to shove grandfathered users off of their $30/month unlimited data plans that they signed up for prior to VZW rolling out tiered price plans. As you can imagine, news of the nixed data buffet for existing customers didn't sit well with John Q. Public, but before you pick up pitchfork and torch, Verizon wants to make some points clear.

In a statement emailed to The New York Times, a VZW spokesperson clarified that "Customers will not be automatically moved to new shared data plans. If a 3G or 4G smartphone customer is on an unlimited plan now and they do not want to change their plan, they will not have to do so."

In the age of social media, NBC now has millions of television critics who make their opinions known about every aspect of Olympics coverage instantly.

They've even set up their own hashtag on Twitter: #NBCFail. The online complaints focused Saturday on NBC's decision to air the marquee swimming event won by American Ryan Lochte on tape delay in prime time, and Friday on the network not streaming the opening ceremony online. Sunday's critics started early: people wondering why the U.S. men's basketball team's opening game aired on a cable network while women's cycling was shown on NBC.

The conversation is so active that NBC's executive producer of the games, Jim Bell, took to Twitter to answer critics and even change the way NBC is doing something in response.

"(hash)nbcfail is filled with a lot of crying and snark and humor, but NBC can actually learn something from it," said Jeff Jarvis, a media critic who writes the Buzzmachine.com blog.