Somber Message at the 2015 RSA Conference 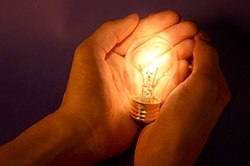 As the 2015 RSA Conference got underway this week, I attended a dinner hosted by Pacific Crest Securities. Our host began the dinner by asking former cyber czar Richard Clarke to say a few words.

Now this was a rather festive dinner as the cybersecurity industry is in the midst of a robust boom.  Nevertheless, Clarke’s brief talk was a reminder of where we’ve been and the state of cybersecurity today.

I didn’t record Richard Clarke’s words, but to paraphrase, he said something like the following:

A lot of us have been to this show for at least ten years. Now if you had asked anyone in this room ten years ago to predict the state of the cybersecurity industry in 2015, I don’t believe that anyone would have dreamed that the industry would be as big as it is today. So we’ve all had a good ride and made a little bit of money along the way.

But here’s the problem: If you asked a second question ten years ago about the state of cybersecurity ten-years hence, few if any of us would have guessed that the cybersecurity risks to our nation, our critical infrastructure, and our sensitive data would be worse today than it was ten years ago.

So while we enjoy our dinner tonight, it’s important to remember that we remain way behind, so we as a group of cybersecurity leaders must stay focused and committed to the task at hand.

It’s only Wednesday, so there are still tons of keynotes, meetings, and cocktail parties ahead at this year’s RSA Conference, but Richard Clarke’s brief toast at the Pacific Crest Securities dinner may have been the most poignant words spoken this week.