My super bowl trip was 99% great, 1% crap. You can guess which part was crap.

Indianapolis was a fantastic place for the big event, handled extremely well (and mucho friendly, which cannot be easy to do to a bunch of hated Pats fans). My only complaint is that there are only 437 cabs in Indianapolis, and there were 165,000 people. Oh yeah, and the bus system was fictitious. I did not see one in 3 days. Otherwise, it was superbly done. Hats off.

At an average face value of $1,000 per seat, the NFL alone generated $68,000,000 just from ticket sales. Since no one gets to buy those, the real ticket income was about $250,000,000 more than that. That's a lot of money. They were processing "big data" transactions all over the place. They never seemed to run out of whatever was a hot seller, anywhere.

This woman didn't know who Aaron Rodgers is, clearly, as when I told her I was he, she said, "well, welcome to Indianapolis, Mr. Rodgers!" 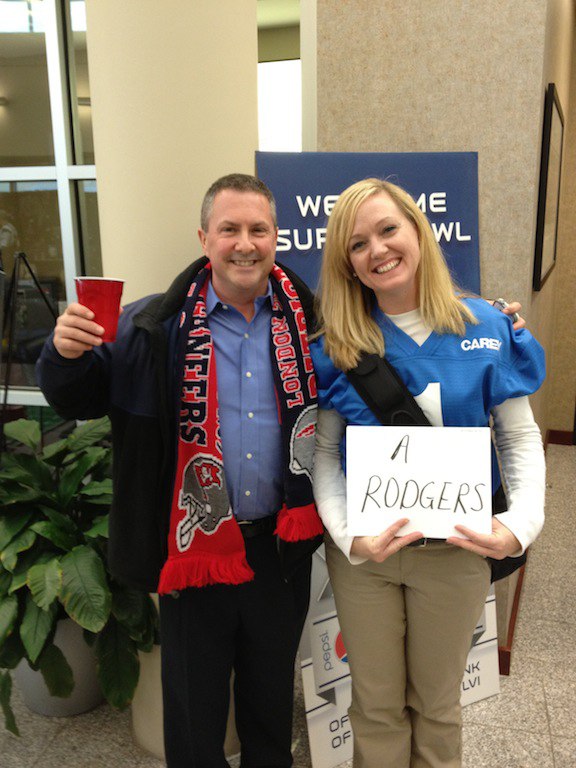 I got Katy Perry to say hi to me. She was really quite attractive.

I got David Arquette to shake my hand. He was dressed like an insane asylum patient. 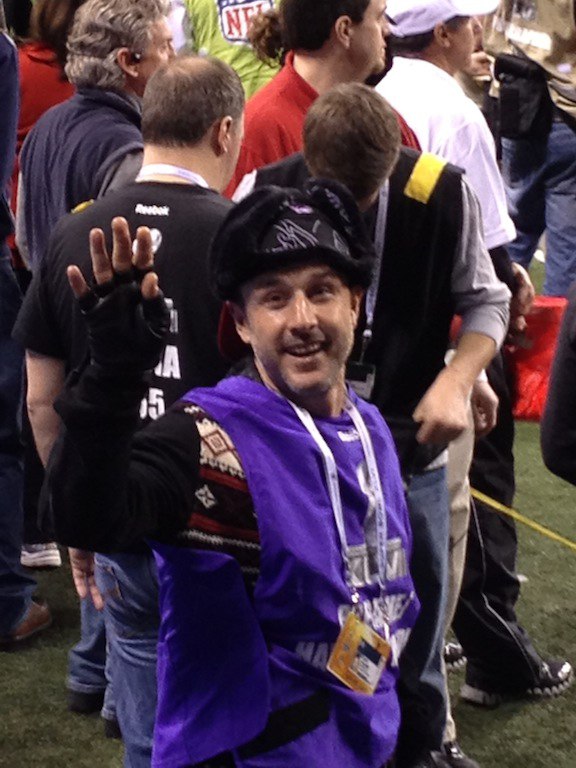 If you pause Eli's Disney commercial when Manningham makes that catch and look to the left (goal line), you'll fleetingly see me. Mostly you'll see my wife, but I'm the little guy next to her. Trust me.

EMC announced project "Lightning" yesterday, and LOTS of companies are scrambling to explain why no one should care. You should care. EMC could put a wad of gum in a box and sell $300M worth, so don't try to tell me anything they attempt to do that is disruptive doesn't matter.

There has been analysis ad nauseum to this announcement, but here's what I'm not hearing yet-while this isn't the perfect end all, (EMC isn't claiming it to be), it is a kick in the head to Fusion-io to start. It will kick others in other parts later on when they do all the things they talked about - namely:

I have to say I told you so-at least I have to agree with this strategy, since I wrote it last April in this blog.

To think that this (albeit beginning) entry is even remotely good for Fusion-io is nuts.

It won't bode well for any of the new generation of Flash in the Pans (sorry, it was too easy. And name their big one hit wonder - Walking In The Rain. Thank you. Goodnight.). Will EMC kill the market? No. Will they kill 85% of the nouveau flashers? Yep.

I think their concept of how it needs to play out is accurate. You simply can't ONLY be a point in the server, any more than you can ONLY be at the back of the wire. You need to orchestrate and control all points of performance.

Not sure if they spoke about this, but you can stick the EMC VFCache in front of ANY storage - which is also super interesting. IBM, NTAP, Dell, etc., won't be none too thrilled to have the evil E running around telling those customers that "we can make your NTAP box go fast." It also means that it won't be long before all the big guns come out with their own stuff - which will further marginalize some of the little guys. It also may mean some bigger fish will buy up some of the little guys earlier than normal.

No matter what, it's interesting.

One of them is Billy Scannell. Billy was a sales guy in 1986. He brought me on my first ever sales call (required for a class I was taking in college) when at EMC. He convinced me to leave my fantastic college job, take a pay cut, and work for him as his telemarketer. Billy may be the greatest salesperson/executive ever. He has made more money than god, held every major sales position at EMC, and been one of the biggest success stories in a company loaded with them. I'm much smarter than Billy. I find myself far more attractive than Billy. I wish I were Billy.

It was nice to run into past and present EMC 1986ers, Bob Scordino (EMC), Larry Murray(EMC), Peter Bell (Storage Networks, now Highland Capital), Randy Seidl (Runs America's for HP ESSN under another alumni, Dave Donatelli), and John McCarthy (far as I can tell he sits on any board that asks and plays golf now). Pretty sure I'm smarter than all of them, richer than none of them. It's ok, all that money would have turned me into a real A*hole. (sarcasm. clearly I already am an a*hole. I just am a poor one).

I cannot express enough happiness that Madonna did not attempt to pull off "Like a Virgin" at age 76. There is a god.

Speaking of God - there were a ton of bible thumping street preachers trying to outdo each other. It was just like that scene in Life of Brian. I couldn't help but say "blessed are the cheese makers" every time I was within earshot. I'm fairly sure if I wasn't previously damned, I am now.

You can read Steve's other blog entries at The Bigger Truth.