Thanksgiving with a Side of AWS 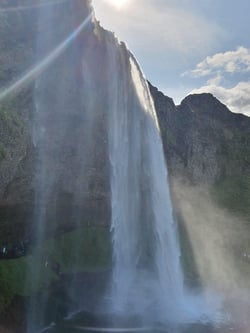 As many of you know, I recently left AWS. We are just a few days away from AWS re:invent getting started. The flood of announcements that have been coming out has been fast and furious this week. Honestly, I look forward to the announcements from the week before and the week after re:invent. This might surprise you, but my feeling is that the true innovation coming out of AWS is from some of the smaller services that don’t get the airtime of an Amazon S3, EC2, or EBS.

You might be asking, so what is going to be announced that gets you excited? Unfortunately, I cannot go into any of that till after next week or they will kill me (or at least sue me). But here are a few things, call them trends, that were talked about in the last two weeks that are interesting to me. You also might be very surprised that some of these “features” did not exist before. Many IT organizations can be surprised by assuming these features exist already. AWS definitely needs to “raise the bar” when it comes to explaining a few of these services and what's on the truck.

The theme for the features is “the edge is closer than it appears,” which is very important to customers. In a recent survey we did on cloud analytics, we asked what “do you consider to be challenges or drawbacks of leveraging public cloud services to support data initiatives?” The second most-cited of the challenges, cited by 34% of respondents, was “difficulty of data migration and consistency to/from cloud.” This is where services such as AWS Outposts, AWS Snow, and AWS CloudEndure come in. Editorial note, there are many other edge and data movement services, such as AWS DataSync, AWS Transfer, and AWS Storage Gateway, which I will not get into today.

There were several announcements just this week from the AWS Outposts team. One of these was about observability and manageability. This allows AWS customers that are running Amazon Relational Database Service (Amazon RDS) on AWS Outposts to send their database logs to AWS CloudWatch in a region so they can actually monitor all their Amazon RDS instances in a unified manner. As a former Amazonian, this even made me think about what else might not be monitored “at the edge” in AWS Outposts in AWS CloudWatch.

Another Amazon RDS on AWS Outposts announcement was around local backups. Till now, your backups would be taken on a daily basis and moved to “a region” from the Outpost. While having backups offsite makes a lot of sense, you might want to also have a local copy. Now you can. Not groundbreaking, but it really shows how the AWS Backup Team and AWS Outposts team are advancing the on-premises features that enterprises have come to expect for decades.

The last one from the AWS Outposts team and Amazon S3 on Outposts team (yes they are two different groups) is delivering strong read-after-write and list-after-write consistency for any storage request at no additional cost. I am a bit surprised that the “at no additional cost” got stuck at the end of that sentence. Most organizations that need to read their objects immediately after they are written would probably expect this to be at no additional cost because they are paying to “use” their data immediately after. This is a great step forward for IT organizations whose on-premises devices deposited a ton of data locally, where it then needs to be reviewed immediately as part of a project, such as with genomics sequencers. After that, the data can make its way to the region.

On the AWS Snow family, IT organizations got support for external Network Time Protocol (NTP) server configuration on Snowball Edge and Snowcone devices. This is another surprising feature that I thought might be there, but I am sure will make organizations very happy. Having time in synch when you are moving, writing, or reading data is pretty important. Especially when you have a few service providers, government entities, and manufacturers using these with cell towers, precision logistics support, and IoT deployments. Having the right time, in the right region, and synchronized among devices becomes very important.

We also see the reemergence of the AWS CloudEndure team with the announcement of the general availability of AWS Elastic Disaster Recovery (AWS DRS). But another surprise you might find interesting is that it only supports Windows and Linux, but not VMWare native. This transition from CloudEndure to a true AWS service is not an easy one for sure. But I was quite surprised that it took me three clicks to find the supported OS information. I found it off a page called “When to choose AWS Elastic Disaster Recovery,” which is the product comparison page to the older CloudEndure Disaster Recovery. I think another bit of confusion is that they have shortened the service name to DRS. Those familiar with VMWare may confuse it with VMWare’s Distributed Resource Scheduler, DRS for short. And I found it interesting that the older CloudEndure Disaster Recovery was also available in more of the AWS regions.

The net-net is that your mileage (or kilometers) will vary depending on what on-premises or edge capabilities you require for your application or use case. As I look forward to next week’s litany of announcements beyond the edge, I know there are several very useful ones that will really make some noise. AWS, as a whole, will continue to provide the customer with options. More options than they ever wanted. How this gets messaged and communicated will be fun to watch as Adam Selipsky gets ready for his first re:invent keynote. My hope and the IT organizations desire are for more solutions and fewer services.