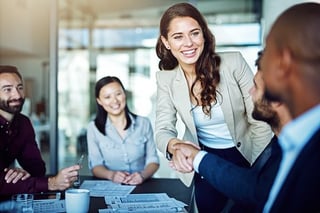 That's not to say that hyperconverged solutions take over the world. Indeed, when we asked those same people what their primary approach to IT infrastructure will be in 5 years, 57% said they still plan to deploy the traditional 3 tier (server, storage, network bought separately as best of breed technology) architectures. But still the fact that 43% are planning to or thinking about changing their approach within 5 years indicates a profound shift in how we "do" IT, given how slow things have changed over time.

HPE needed SimpliVity. It had hyperconverged solutions, the HC 250 & 380 - but these were really pretty basic "VDI vending machines" - as HPE themselves called them. SimpliVity opens up HPE to address a much broader set of use cases. I published some initial thoughts on the aquisition, along with some details on the deal, here when it was first announced.  But it really comes down to this:

Integrating SimpliVity is nothing like the heavy lifting of bringing together Dell EMC. Now HPE owns the stack, it has strong relationships with Microsoft and VMware, a solid, enterprise-class hyperconverged platform, and a whole new data management layer it can leverage across the portfolio (see my other blog for details on that). Its converged and engineered systems were already strong - so it has the full boat of tech to take on the Dell EMC behemoth. Give them a month or two to get their ducks in a row, then let the games begin!