The End of the All Together 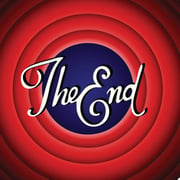 And then there was one. I've written before about the end of "end-to-end" IT solutions, but yesterday was a defining moment in the market. HPE sold off its software division, including all big data and analytics assets like Vertica and IDOL. Dell and EMC closed their merger, creating a new hardware powerhouse, but only after selling its own Dell Software group which encapsulated Statistica and TOAD. Intel carved out McAfee security. In the not so distant past, IBM also shed its server division to focus more on analytics and Watson offerings. What all these actions signal is a seismic shift in the market, a rift between the hardware and software and the idea that a single vendor can win everywhere. The sole remaining exception may be Oracle, and if the movie Highlander taught us nothing else, it is that there can be only one.

I see this as retrenchment of the IT hardware providers back to their safe zone, pushing kit. Why would they do this? One word: cloud. As cloud gains momentum, traditional IT titans need to either beat cloud at its own game of offering everything with ease OR they need to concede and deliver better operational quality and control on-premises or in heavily on-premises hybrid configurations. The first option was tried, and failed, as cloud continues to grab share across all disciplines. The corporate divisions above are a move to plan B, do what they do best in hardware, and let the big data and analytics software units compete separately. Both hardware and software divisions will become nimbler and more focused, attributes which they sorely need.

Back to Oracle--the reason this is the only company arguably on a path to success with both hardware and software for databases, data warehouse, big data, and enterprise applications is they are ALSO deeply in the cloud space. Hence, able to offer the exact same functionality and value irrespective of envrionment or delivery model, including hybrid. Arguably Teradata might fit here also, and while their focus on data warehouse everywhere is commendable, it's also not general purpose in the same way that the others were approaching the market.

Clearly IBM plays well in cloud, too, but since dropping their servers, they were no longer comprehensive. HPE exited cloud a while back. Microsoft has stayed true to software and cloud, no hardware, meaning they weren't giving anything up by doubling down on Azure.

This isn't to criticize the recent strategic moves--if anything it reinforces that they were the right choices for each player. It also reinforces that Amazon Web Services (AWS), Google Cloud Platform (GCP), and Microsoft Azure have the lead for anyone who wants pure cloud, and again Oracle is the last major vendor to offer total choice.