The Highs and Lows of Cybersecurity Integration 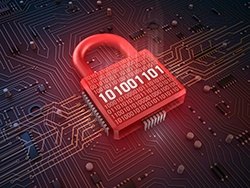 Based upon anecdotal evidence, I estimate that the average large enterprise organization uses more than 70 different security tools from an assortment of vendors. As they say in Texas, “that dog don’t hunt.” In other words, it’s nearly impossible to maintain strong security hygiene or establish best practices when the security organization is chasing cybersecurity optimization on a tool-by-tool basis.

Recognizing this problem, I’ve been preaching the need for an integrated cybersecurity technology architecture for years, often comparing the evolution from point tools to the departmental application to the ERP transition that occurred in the 1990s. The good news is that this is actually starting to happen.

From a market standpoint, security vendors like Blue Coat, Cisco, FireEye, IBM, Intel Security (McAfee), Palo Alto, Raytheon Cyber Products, and Symantec are busy building integrated security architectures of their own. The goal? Sell customers the whole integrated enchilada to become the SAP of cybersecurity. Hmm, good idea but it may take years for CISOs to rip and replace 70+ point tools.

Fortunately, the security community has come up with an alternative plan – custom integration. Yup, cybersecurity professionals are taking advantage of message buses, APIs, open source, scripting, and emerging threat intelligence standards to glue together their own integrated cybersecurity architecture in order to accelerate incident detection/response, and streamline security operations.

Allow me to elaborate a bit:

These cybersecurity integration efforts represent a positive step for the white hat community but it’s far too early for a group hug or a rendition of Kumbaya. The bad news is that some vendors believe these grassroots efforts threaten their longer-term plans for cybersecurity world domination. As a result, they continue to refuse to open their APIs or play nicely with others.

Attention cybersecurity technology vendor and VC community: This ain’t COM vs. CORBA, IP vs. Token Ring, or other technology pissing contests from the past – we are talking about data privacy, law enforcement, national security, and your customers’ ultimate well-being here. I get the capitalist pursuit of revenue but come on – public safety trumps self-interest.