The Importance of Cloud Infrastructure Compatibility and VMware Cloud on AWS 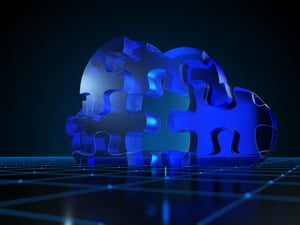 What has been missing is the discussion of how to get those VMs into the cloud in the first place. I can always easily tell who has actually attempted the shift and who hasn't by asking them about the difficulties of converting on-premises VMs to cloud VMs. If the company gets into details about all the different conversion options (data migration, VM conversions, compatible hypervisors) and the issues around each, then I know they have actually made the conversion attempt.

It's no wonder that companies that are looking at leveraging cloud resources in a hybrid cloud configuration value infrastructure compatibility. I've been writing about these types of configurations for several years. In my 2017 Hybrid Cloud study, I asked companies the question "What is or likely will be the main objective of your organization’s hybrid cloud strategy?" The most commonly cited answer was common infrastructure compatibility, with 31% of respondents. In the same study, 91% of companies expect to have at least half their applications and workloads on-premises in five years. Only 7% said they expected most, if not all, of their workloads will run in the cloud in five years.

With this need for on-premises infrastructure compatibility, it's no wonder that the AWS VMware Cloud on AWS solution from VMware has been gaining momentum. It's a pairing of the dominant on-premises hypervisor in VMware with the leading public cloud IaaS provider in Amazon Web Services. VMware Cloud on AWS is vSphere running directly on Amazon EC2 elastic, bare-metal infrastructure, along with vSAN for storage and NSX for networking. This solution is the purest form of infrastructure compatibility between on-premises and cloud, running the VMware solution within the AWS data centers, which results in a cloud IaaS environment that is compatible with the on-premises infrastructure at both the VM and management level. This is one of the easiest ways for on-premises VMware customers to get into the cloud, with little or no conversion, yet still have high bandwidth, low latency access to cloud services from AWS.

VMware recently made several new announcements about VMware Cloud on AWS, including:

All these enhancements are showing that VMware Cloud on AWS is shifting from early production to adding features and capabilities that organizations are looking for in production, hybrid cloud deployments based on VMware and AWS. With VMworld 2018 coming in August, VMware Cloud on AWS is certainly one of the key solutions that companies looking at hybrid cloud should keep a very close eye on.
Topics: Cloud Services & Orchestration