The NetApp Lesson: Adapt and Flourish 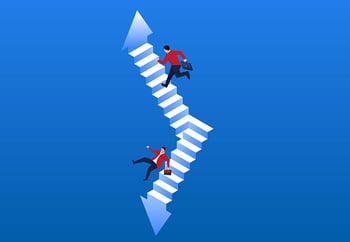 This week NetApp founder Dave Hitz retired. Before I make my point, a little history:

In 1993 I started an east coast company, Invincible Technologies Corp. (ITC), which turned out to be quite vincible after all. My compatriots and I were building NFS servers called Lifelines. They were serious machines, sold by serious people in suits and ties, with serious marketing. At the same time, some hippies out west started a company called Network Appliance (eventually NetApp). Dave Hitz and his partner James Lau built an NFS server, which they called the Toaster. I don’t think they had a sales person.

Fast forward to 1999 and the business-savvy, suit wearing, serious company ITC was kaput while the hippie Linux-lovers of Silicon Valley were a public homerun. Turns out that eventually, the person with a product that actually works has a much better chance of success than a bunch of good sales people with a good-looking box that doesn’t. Dave Hitz was a billionaire, and I was a shamble.

After accidently starting a new analyst firm, ESG (totally accidental), I had the eventual good fortune to meet my past arch nemesis. And I will never forget it.

I, along with the “real” analysts of the day (i.e., mostly closed-minded people who didn’t think “open systems” would ever catch on), was invited to a NetApp executive thing, somewhere near DC I think. I, having a chip on my shoulder and also having no idea that an analyst was supposed to shut up and be nice in the midst of an executive team, sat front and center opposite the entire NetApp team, which at the time was CEO Dan Warmenhoven, Hitz, CTO Steve Kleiman, Jeff Allen, Mark Santora, and (my favorite) Tom Mendoza. I went on the offensive. I was probably a bit of a jerk.

What happened over the next few hours completely and forever endeared me to NetApp. Not only was the team amazingly forthright, non-defensive, and absolutely hilarious at times, but they also didn’t care that I was a potential enemy (as all analysts are). They argued, they asked, they listened, and they made fun of each other. They were about as real as any team I had ever seen, my own included. They were all of their own independent thought. They didn’t all agree with each other. It was a lesson I’ve since stolen.

It was impossible from that day forward not to be a fan of the company. When Business Week or some equivalent was looking for dirt (something negative) on Warmenhoven (because at the time he could do no wrong), I was quoted saying, “his failures are he smokes, and he has bad hair – but in business he and NetApp are executing flawlessly.” Dan’s response to me later on was, “bad hair???” How do you not love a company like that? Over the decades we have built both a professional and personal relationship that I will always cherish. Especially with Dave Hitz.

Hitz is an egoless founder of one of the premier success stories in the history of Silicon Valley. He has requested and/or been forced into just about every job in the company, and he’s taken them on with the same intellectual interest (he seems to be the kind of guy who would rather do something he knows absolutely nothing about than to add on to what he does know) and passion he did at the beginning. Every new job was a new startup for Dave, and I think he succeeded in all of them. Plus, he’s a hilarious guy, which helps. I was honored to provide a back-cover quote for his book, How to Castrate a Bull, which of course, is a perfect title to a book by someone who can’t learn enough interesting things.

And that’s the point of my story: It’s hard for an individual to adapt to change. It’s harder for a company. It doesn’t happen often. History is littered with tech companies that have perished because they couldn’t adapt to new realities. NetApp was built to allow Sun users to stop cross-mounting files across Sparc-10s and keep them all in one place. Sun was the king of the Unix hill back then. Sun is toast today. NetApp keeps on trucking.

Today’s NetApp is entirely different from the NetApp of the last 25 years. The people are gone. They don’t sell Toasters. They transformed. They adapted to the current market realities.

I will confess I did not think they would make it. And I confess it saddened me from a personal perspective. I know how hard it is. I saw EMC almost go out of business decades earlier, only to completely reinvent themselves. I saw IBM do the same (and am waiting on them to do it again). It’s hard. For every NetApp catharsis, there are far more Digital Equipments, Primes, and Wangs.

But NetApp has done it. CEO George Kurian has found a way to adapt both inside and out to a higher level calling that the market demands today. While I have no personal relationship with him really, he has the keys to the car that I love, so I will remain a fan. More important, NetApp is back from the cliff. And marching steadily ahead. NetApp still matters.

Which, without knowing this, is probably why Dave felt it was time to go. There is nothing more to be done. He is a legendary pioneer who could shift his roles with the demands of the times and come out better for it. He saw the peaks and lived through the valleys, and now that NetApp is back on top, maybe it’s time to go drink some wine and watch from the sidelines.