The Three-legged IT Stool (Video) 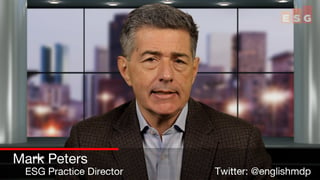 There’s no doubting that IT remains an immensely complicated thing to do well – from the advanced hardware engineering to the sophisticated software algorithms, and from the demanding operational complexities to the driving business necessity to do more with less…..delivering successful IT – and hence successful IT outcomes – remains a practical challenge that can be a major point of business advantage and differentiation for those organizations that get it right.

However, just knowing it is undeniably complex to actually produce and deliver does not mean that we have to treat its overall conceptual design with the same reverence for the eventual details. Sometimes a little bit of simplification – even intentional over-simplification – can be good; it allows us to look at things with a clarity that the actual physical manifestation can at times make impossible.

That’s the reason behind the three-legged stool analogy I am using to describe the emerging IT landscape; take a look at this short video to see what I mean:

There are some obvious implications of this three-legged IT stool that are worth drawing out explicitly:

At the risk of stating the obvious, one can use a two- (or even one-) legged stool for some degree of support…..but it requires a lot of extra effort (aka resources) when compared with when you have three legs that work together.