The Three Pillars of DevSecOps 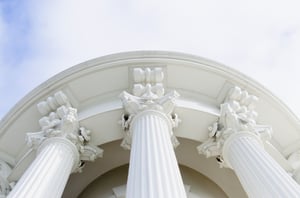 Steve Schmidt, AWS’s CISO and VP of Security, recently proclaimed his dislike for the term at AWS re:Inforce 2019 in Boston, stating that he is “no fan” of DevSecOps in his keynote followed by his take on why the practices of DevSecOps are so important. And therein lies the issue: We’re throwing the baby out with the bathwater by focusing on the term. Steve is dead on when he said that part of his issue with the term is that security is everyone’s responsibility. But it hasn’t been to date, and so we need a cultural shift around security akin to how DevOps broke down throw-it-over-the-wall organizational boundaries. That is, I fear throwing “DevSecOps” (the term) under the bus conflates the opportunity to treat security as an integral aspect of modern application development and delivery.

Part of the issue many have with DevSecOps is that some vendors have co-opted the term to be specific to their capabilities such as simply deploying an agent via script-based integrations with orchestration tools such as Chef, Puppet, AWS Code Deploy, etc. Others have connected DevSecOps with the notion of shifting left to automate code scanning. Both examples are legitimate DevSecOps use cases, but incomplete in and of themselves. With that context, I’ll try and limit my rant by offering three pillars to DevSecOps.

While there are many DevSecOps use cases that result in security being truly integrated across the application lifecycle, these pillars represent a “first things first” approach to getting started. We shouldn’t need a term to make the case to integrate security at every step of CI/CD pipeline, but until we don’t, I'll continue to like black licorice. What a long strange trip it’s been!