Things to Think About on the Day of Snowflake's IPO 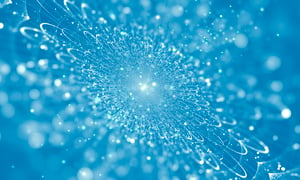 The day has finally arrived. Today, Snowflake will IPO under the ticker SNOW. Many knew this was coming, even before Frank Slootman was brought in as CEO. But I don’t think it was expected to have as much fanfare as we’re seeing. Buffet (Berkshire Hathaway) is on board. Benioff (Salesforce) is on board. It’s being called the hottest tech IPO of the year. So, what’s the draw? Is it the differentiable technology? Not really. The number of customers? Nope. Customer growth? Impressive, but no. What about the total market size? Getting there. What about the value propositions it offers customers? Well yes, but I would argue there are several competitors that offer similar value propositions. So, what is it? The opportunity. The opportunity is simply massive.

The Rise of the Modern Cloud Data Warehouse

Very simply put, Snowflake provides organizations with a modern, cloud data warehouse that delivers on key customer requirements: reliability, performance, accessibility, cost-effectiveness, security, scale, integrations, manageability, and most important to Snowflake’s differentiation, IMO, flexibility. Organizations aren’t just embracing one cloud: they’re embracing several clouds. That’s because they have data in several clouds. To date, Snowflake has been viewed as the best (and some would argue the only) multi-cloud data warehouse option. Run it on AWS. Run it on Azure. Run it on GCP. And based on some of their customers I’ve spoken to, what has really come out in conversations is that it’s easy to use, it scales to meet demands, and it’s cost-effective.

Snowflake is writing their own David vs. Goliath story as their competition are some of the most widely recognized vendors in the world: AWS, Microsoft, Google Cloud, Oracle, IBM, SAP, and Teradata. But these competitors are not standing by while Snowflake steals customers and market share. I would argue that the space is more competitive than ever. What Snowflake once relied on as a key differentiator in multi-cloud support, is not as differentiable anymore. Just a couple months back, Google Cloud announced BigQuery Omni, which enables customers to run BigQuery in other clouds. SAP runs in every cloud. Teradata Vantage usage continues to grow. While AWS seems allergic to the word “multi-cloud,” Outposts holds potential to enable RedShift/Aurora to run in multiple clouds. And an interesting angle here is that, not only are some of the major cloud vendors competitors, but Snowflake must run on those competitor’s cloud infrastructures. In other words, go with Snowflake, but AWS, Azure, and GCP still get paid.

I believe since Snowflake’s seed round in 2012, there have been 13 total investors with total funding of $1.4 billion and a valuation of $12.4 billion as of February 2020. Revenue continues to grow to the tune of $133 million in the second quarter, which represents 121% YOY growth. While they are not yet profitable, with $171 million in losses as of July 2020, those losses have decreased YoY. They own a small share of what I view as a ~$28 billion market for data warehousing today and that market is growing rapidly.

While I’m not a financial analyst, here are some tidbits to think about when it comes to the IPO. The initial stock offering was projected in the $75 and $85 per share range, but it has been raised to a range $100 and $110 per share. That makes the company worth somewhere in the range of $27.7 billion to $30.5 billion. Not too shabby considering just seven months ago they were valued at $12.4 billion.

I’m happy for Snowflake. I’m happy for the team. The people are great. The technology is great. And the growth potential is obvious. But I would be remiss if I didn't say that I think the hype and FOMO has gone into overdrive. Can they maintain those growth trends? Are they worth nearly 2.5x what they were worth just 7 months ago? Does new competition from vendor mainstays start eating away at their customer growth? How do they address other aspects of the data pipeline as organizations look to consolidate operational silos and tools/vendors across their data-centric workflows? Pay very close attention to new customer acquisition and repeat buyers. I believe that will tell the ultimate story.