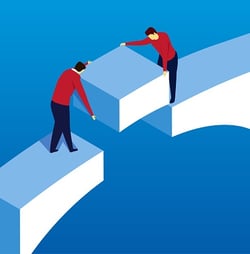 I believe that Diane did a very good job, building up the products and personnel needed for Google Cloud to compete in this increasingly competitive marketplace. Another key achievement for Diane was landing partnerships and a partner program that Google Cloud needs to penetrate enterprise accounts that it doesn't normally have access to with its consumer products.

But what direction will Google Cloud need to go in with Thomas Kurian as CEO? In this case, it's about the execution of working with enterprise accounts and that's where Kurian shines based on his work at Oracle. I expect Google Cloud to do the following:

I'm often asked where I see Google Cloud in the next couple years and I see it becoming a major player in the public cloud space, as it has unique technologies that set it apart from the other players. The key to success for Google is executing on selling those technologies to all users but especially to enterprise customers.