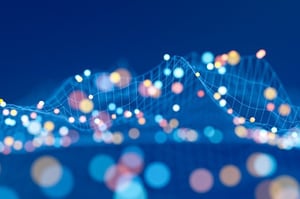 Think 2018 was a massive culmination of multiple and previously separate IBM events (Edge, InterConnect, World of Watson, Amplify, and Connect). While I was never able to get an official headcount, estimates were north of 30,000. And attendees nearly overflowed the Mandalay Bay Convention Center.

With the combined event, IBM presented its extensive breadth of software, solutions, and infrastructure, each catering to key aspects of digital transformation. Attendees could talk directly with IBM developers on how to effectively leverage emergent workloads such as AI (with Watson), the Internet of Things (IoT), or even blockchain. I mean, IBM even had Quantum Computing on display. And after a detailed workload conversation, attendees could then walk a couple hundred yards/meters (did I mention it was big?) to the infrastructure section of the expo floor and talk with IBM about how these workloads might operate, for example, on public cloud, on flash storage, or on IBM’s Spectrum SDS portfolio. Through these conversations, attendees could bridge from IT transformation into digital transformation.

I have researched and written quite a bit about digital transformation lately, the importance of transforming your infrastructure, and embracing that transformation. But IT infrastructure transformation is only one step as businesses still need expertise in these value-creating workloads to deliver the desired business transformation. I could see this connection in the discussions I had with IBM customers. In one conversation, a customer said that after deploying all-flash, the infrastructure was humming along well, and the next step was to understand how to leverage Watson. And that is where many IT organizations are finding themselves: IT transformation is important, but once the new technology is in place, how do you leverage these emergent workloads, such as AI or IoT, to transform your business with data and not just your IT infrastructure?

This idea culminates in IBM’s concept of the incumbent innovator. Nearly everyone in tech is talking about the value of data. This concept is not new, but the point IBM is making is that it is the established companies, and not the startups, that have the most data sitting in their data centers. If data has value, and that value can be leveraged to deliver tangible business value, then it is the incumbents, which have the most data, that have the advantage. It is a story that makes sense, but the question remains whether the massive stalwarts across the major industry sectors, such as manufacturing, transportation, or finance, will hear the call to action and mobilize.

Which brings me to my final thought about Think 2018 (pun intended). In the airport waiting for my flight home, I sat next to a financial advisor, someone whose job it is to help clients wisely invest their well-earned retirement dollars. I mentioned I was coming back from an IBM conference, and how impressed I was by the breadth of technology. His response was, “You know, I keep forgetting IBM is still in business.” Obviously, one offhand remark is not a representative sample. But it should not simply be ignored either. Despite the amount of investment that IBM has put into nearly every top IT initiative (and that many user organizations continue to spend on the large strategic projects that remain the bedrock of its business), IBM has managed to somewhat fly under the radar for some time now...and yet it may also be contemporary IT’s best kept secret. Think 2018 is an excellent step to getting the word out on the full breadth of IBM’s capabilities, but time will tell how many heed the call.